A rebellious young man. With his own version of the future. And his own fantasy of love. 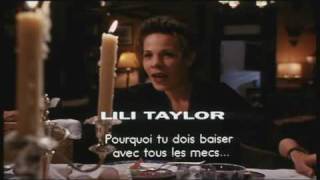 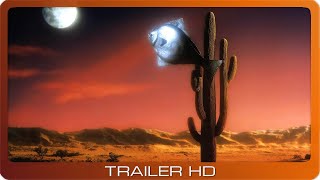 Academy Award-nominee Johnny Depp, Academy Award-winner Faye Dunaway, and the legendary Jerry Lewis headline this offbeat psychodrama about a group of people drawn together in a desert town. Fleeing personal problems to pursue their dreams, they come to learn something about themselves and their relationships with the others around them.

Johnny Depp is Axel, a New York fish tagger who claims to have the ability to listen to the fishes' dreams. One night, he is visited by his wannabe actor brother (Vincent Gallo) and told that his uncle (Jerry Lewis) wants him as his best man in his wedding in Arizona. Axel grew up with his uncle, who owns a Cadillac dealership, and no longer likes him as much as he used to. He doesn't want to attend, but, in a film where suspension of disbelief is required most of the time, he is shanghaied by his brother and driven all the way to Arizona while in a drunken stupor. There, he falls for a wacky and lusty widow (Faye Dunaway), and later her daughter (Lili Taylor). There is much to like about this film; some scenes are pure genius and turn you on in a way that makes you want to stick with it through its many unsure moments. Some of the more brilliant set pieces include Gallo's recreation of the crop-dusting scene from NORTH BY NORTHWEST at an amateur night in a dusty old bar, and a dinner scene set to the music of Django Reinhardt where Taylor tries to commit suicide with a pair of panty hose. A vastly uneven film that sabotages itself at some key moments, but its highs are great enough to recommend it.

The Man Who Cried
$13 Super Savings
Add to Cart