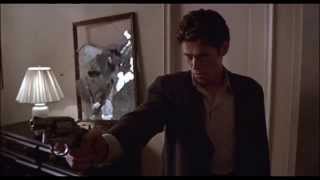 John LeTour (Willem Dafoe) is loyal, decent, lumbering--a 40-year-old drug runner who suffers from insomnia but seems to be sleep-walking through life in LIGHT SLEEPER. When John's boss, the bubbly but sharp-witted Ann (Susan Sarandon), decides to retire, John must rethinks his life's path. But breaking out of the life he's led will take some doing, especially after coming into contact with his ex-girlfriend (Dana Delany), a recovering drug addict, and becoming embroiled in a mysterious murder. This gently haunting drama is all the more interesting because of the wonderful performances of the actors, the film's steady, relaxed pace, and the careful way all the colors of each character are drawn out.

A middle-aged drug dealer, coming to terms with the mess he's made of his life, struggles to get out of the business. But old habits die hard, as he still has a few debts to pay before he can be free.