Awakened from a 100-year cryogenic freeze, the legendary Captain Nemo pursues a mad scientist who threatens to destroy Washington unless he's paid a billion dollars in gold. 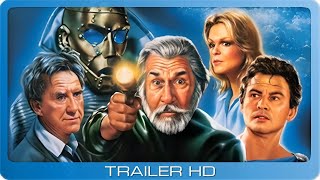 From hit making producer Irwin Allen (The Poseidon Adventure, The Towering Inferno) comes the triumphant return of the greatest adventurer of all (by way of Jules Verne)! Awakened from a 100-year cryogenic freeze, the legendary Captain Nemo (Academy Award-winner Jose Ferrer) pursues a mad scientist (Burgess Meredith) who threatens to destroy Washington unless he's paid a billion dollars in gold.

An interesting attempt at epic filmmaking, THE ALL AMERICAN BOY takes a look at a boxer's life inside the ring and out. Jon Voight in one of his earliest roles plays Vic Bealer, an up and coming boxer emerging from a destitute background. Bealer has troubles breaking away from his old buddies, a motley crew of directionless men going nowhere. He begins to fall into this depressing scene too deeply and struggles to continue in his brutal career choice.

The film is notable for the performances of many young actors such as Voight in the lead as well as Rosalind Cash and Anne Archer. The film's narrative is told in a segmented style: "The Manly Art in Six Rounds." Shelved for several years, THE ALL AMERICAN BOY was finally released in theaters in 1973.

Theatrical Release | Boxers
This product is made-on-demand by the manufacturer using DVD-R recordable media. Almost all DVD players can play DVD-Rs (except for some older models made before 2000) - please consult your owner's manual for formats compatible with your player. These DVD-Rs may not play on all computers or DVD player/recorders. To address this, the manufacturer recommends viewing this product on a DVD player that does not have recording capability.

Master of the World
$19
Add to Cart