In five distinct yet cleverly interlocked roles, Robin Williams is a cave dweller, a Roman slave, a medieval wayfarer, a Portuguese nobleman shipwrecked in Africa and a modern Manhattanite whose home life has hit the rocks. 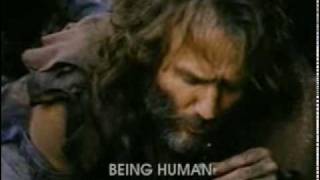 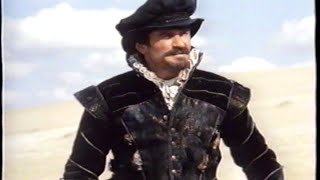 What's better than one Robin Williams? How about five of him? Williams turns chameleon in this fanciful look at human history and longing from writer/director Bill Forsyth (Local Hero, Housekeeping). In five distinct yet cleverly interlocked roles, Williams is a cave dweller, a Roman slave, a medieval wayfarer, a Portuguese nobleman shipwrecked in Africa and a modern Manhattanite whose home life has hit the rocks. Each character reaches for survival, love, belonging -- for all the things that made humankind draw together in the first place. Each is a human being faced with an unforgettable and universal challenge: Being Human.

A comical look at the human condition in five eras of history with the main character played, in each case, by Robin Williams.

Hector's a man with 5 lives and thousands of years to live. Transmigrating from one historical period to another, he struggles for the same thing: to care for and maintain his family.
In the first vignette, Hector's a caveman striving to protect his loved ones from harm. Centuries later, during the Roman Empire, he's the captive slave of a dim-witted fellow who fails to recognize the value of family life. While in the Middle Ages, Hector falls for a beautiful widow who's desperately trying to fill her dead husband's shoes. As a Portuguese colonialist, he's a romantic explorer. And in modern times, Hector's a divorced dad who plays catch-up with his kids on the weekend. He may progress from caveman to city slicker but there's no guarantee he'll learn what he needs to know to get his personal life together.

16%off
The Forbidden Kingdom
$8.40 Super Savings
Add to Cart