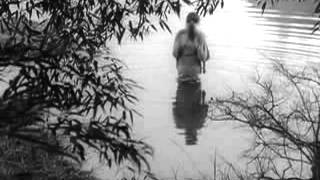 This stunning Kenji Mizoguchi masterpiece reaches back to a Japanese folk tale of the 12th century to depict the barbarism of "a dark age, when people didn't know how to be human." The film stars Yoshiaki Hanayagi as Zushiô, the young son of a provincial governor Masauji Taira (Masao Shimizu). A man of outstanding compassion and probity, he impresses on his son the notion that "without mercy, a man is not a man." When the governor's attempts to protect the rights of regional farmers clash with the goals of the feudal regime, he's sent into exile, and forced to leave his family behind. A few years later Zushiô, his mother, Tamaki (Kinuyo Tanaki), and sister, Anju (Kyôko Kagawa), begin a long journey to reunite with Masauji, only to be waylaid be kidnappers en route. The bandits sell Tamaki to a brothel on an isolated island and the children to corrupt official Sanshô (Eitarô Shindô) as slaves. As the years pass, Anju lapses into passivity while Zushiô becomes hardened by the brutality that has become their lot. One day, while escorting a dying slave outside the confines of their camp, they plan an escape. In what may be his finest film, the director again uses the great cinematographer Kazuo Miyagawa (UGETSU), shooting scenes of the most intense emotion from a distance in long, magnificently composed sequence takes, suggesting the transience of all worldly suffering, and fulfilling the Nabokovian dictum of art as "beauty plus compassion."

SANSHÔ THE BAILIFF is the tragic and moving story of a family torn apart by oppression in feudal Japan.

Woman in the Dunes
$26.10 Super Savings
Add to Cart

The Life of Oharu
$26.40 Super Savings
Add to Cart

The Story of the Last Chrysanthemum
$26.10 Super Savings
Add to Cart