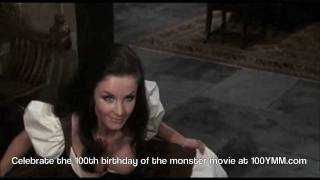 The Horror of Frankenstein Trailer 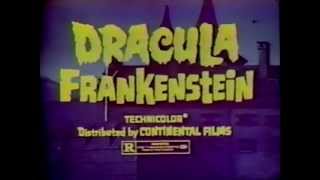 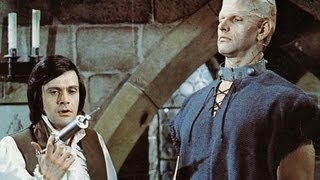 Brian Trenchard-Smith on The Horror Of Frankenstein (Featurette)

Coming at the tail end of Hammer Studios' Frankestein cycle (it was preceeded by the classic CURSE OF FRANKENSTEIN, REVENGE OF FRANKENSTEIN, and FRANKENSTEIN MUST BE DESTROYED), HORROR OF FRANKENSTEIN takes the familiar story in a much different direction than its predecessors. The film finds young Victor Frankenstein (Bates) becoming fed up with his boorish father and his boring classes. Longing to escape to Vienna to experiment in his lab, Victor offs his father and quits school. Soon Victor has successfully re-animated a turtle and begins work on his ultimate creation--a human made out of dead body parts. Taking place in a vaguely mod-ish 18th century where the characters carry on as if they were London during the swingin' 1960s, HORROR OF FRANKENSTEIN has its tongue planted firmly in cheek.

A young medical student with the surname Frankenstein quits school and attempts to continue his studies on his own. But when he builds a living creature from dead body parts, will the monster's actions make Frankenstein wish he had never left college'

40%off
The Sword of Sherwood Forest
$8.98 Spring Sale
Add to Cart

19%off
Frankenstein Must Be Destroyed
$12.10 Super Savings
Add to Cart

Frankenstein and the Monster from Hell
$14.50
Add to Cart

Frankenstein Must Be Destroyed (Blu-ray)
$18.70 Super Savings
Add to Cart