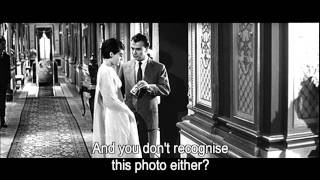 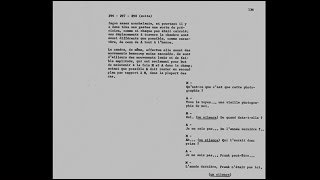 Alain Resnais on the script for Last Year at Marienbad (Trailer)

Winner of the Golden Lion at the 1961 Venice Film Festival, Last Year in Marienbad (1961) is a hypnotically beautiful puzzle box of a film, and one of the most influential in history. Alan Resnais's sensuous tracking shots and Delphine Seyrig's iconic Chanel gowns have become part of the cinematic lexicon, and can now be seen in a gorgeous 4K restoration from StudioCanal. In a large international hotel in the European resort town of Marienbad, with a sumptuous but austere décor-a marble universe with gold paneling, statues, and stuff servants-the rich, anonymous, idle clientele circulates. A man (Giorgio Albertazzi) is convinced he met an enigmatic woman (Seyrig, Jeanne Dielman) the previous year at the same location, and perhaps had a flirtation. A second man (Sacha Pitoëff, Inferno), possibly the woman's lover or husband, repeatedly intimidates the first man. Their relations unfold through flashback shards that never quite fit into place, their lives a hall of mirrors that never reveal a true self.