The Fresh Prince of Bel Air - The Complete 1st Season 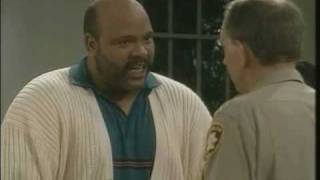 As the 1980s turned into the 1990s a new star was born when rapper/actor Will Smith donned the guise of THE FRESH PRINCE OF BEL AIR. Shipped out to California to live with wealthy relatives, he sets about teaching his adopted family some street-smarts, while his original reason for being there--to learn some old fashioned beliefs and values--rapidly falls by the wayside. His Aunt Vivian ((Janet Hubert-Whitten) and uncle Philip Banks (James Avery) can't control him, and the laughs continue to flow as The Fresh Prince attempts to get everyone else to fit in around him, including cousins Carlton (Alfonso Ribeiro), Hilary (Karyn Parsons) and Ashley (Tatyana Ali). Now a legendary part of early-1990s television scheduling, this release includes the first season in its entirety.