My Name Is Nobody PG 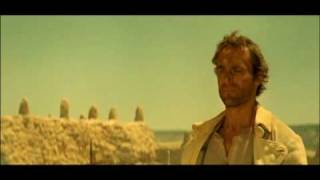 My Name Is Nobody - Trailer (HQ)

A western spoof about an easygoing gunslinger and the legendary shooter he idolizes who wants to hang up his gun for good. Produced by Sergio Leone.

From Western legend Sergio Leone (The Good, the Bad and the Ugly) comes a rollicking shoot-'em-up! Young, ambitious gunman Nobody (They Call Me Trinity's Terence Hill) sets his eye on his idol, gunslinger Jack Beauregard (Once Upon a Time in the West's Henry Fonda), who's intent on sailing off into retirement. Deciding his hero should go out with guns blazing, Nobody sets him up for a showdown with a pack of the deadliest bad guys in the West, triggering an unforgettable finale that's become an action comedy legend!

A revisionist comic western, presented by Sergio Leone, set at the turn of the century.
Legendary gunfighter Jack Beauregard has decided to leave the American west behind to live peacefully in Europe. However, a young, mysterious loner named Nobody tries his hardest to make the aging outlaw go out in a blaze of glory.
Although Beauregard -- said to be the fastest gun alive -- feels he has come to the end of his career and has shot enough opponents, Nobody doesn't want his hero to ride quietly into the sunset. Instead, he wants Jack to go up against the infamous Wild Bunch. After much goading, Beauregard starts to change his mind.
Will the wisecracking Nobody convince his mentor to compete in one last duel' And if Jack does fight the 150 members of the villainous gang, can he actually defeat them'

26%off
Ringo and His Golden Pistol
$9.60 Spring Sale
Add to Cart