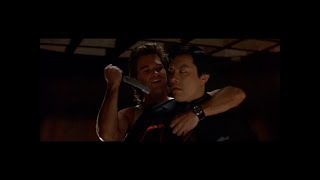 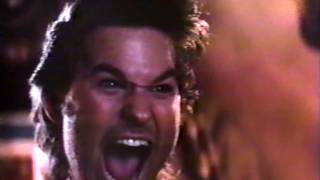 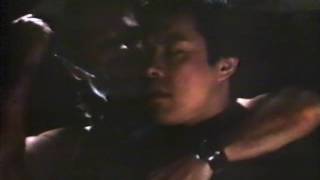 "Hey, I'm a reasonable guy. But I've just experienced some very unreasonable things."
- Jack Burton (Kurt Russell)
"Now I'm not saying that I've been everywhere and I've done everything, but I do know it's a pretty amazing planet we live on, and a man would have to be some kind of fool to think we're alone in this universe."
- Jack Burton
"Next time some eight foot tall, wild-eyed maniac taps the back of your favorite head up against the barroom wall and asks you if you've paid your dues, well, you just do what ol' Jack Burton always does at a time like that. You stare that sucker right back in the eye. 'Have you paid your dues, Jack'' 'Yes sir, the check is in the mail.'"
- Jack Burton
"Oh, my God...what is that'"
- Jack Burton

A cult favorite (and one of director John Carpenter's personal favorites), BIG TROUBLE IN LITTLE CHINA is a fantasy-action film that is brilliantly imaginative, funny, and absorbing. Kurt Russell plays hard-boiled truck driver Jack Burton, who gets caught in a bizarre conflict within, and underneath, San Francisco's Chinatown. An ancient Chinese prince and Chinatown crimelord has kidnapped a beautiful green-eyed woman, who is the fiancee to Jack's best friend. Jack must help his friend rescue the girl before the evil Lo Pan uses her to break the ancient curse that keeps him a fleshless and immortal spirit. Carpenter uses all the best elements of martial arts films, 1940s old action serials, Chinese mythology and straight-forward American adventure to make up a tale wild with imagination. Kurt Russell is wonderful as the brash, brave, and reluctant hero Jack Burton, who is hysterically out of place in this world of magic potions, goblins and curses. A visually stunning work that ranks as one of Carpenter's best films.

Kurt Russell stars in this action fantasy about a wisecracking trucker who attempts to rescue his friend's fiancee from a 2,000-year-old magician who lives beneath San Francisco's Chinatown. He must battle demons, goblins and other terrors as he makes his way through the magician's dark domain.