382K ratings
Currently Out of Stock: We'll get more as soon as possible
Notify Me When Available
Add to Wishlist
Format:  Blu-ray  (2 Discs)
sku:  CWK3
Our customers love us! 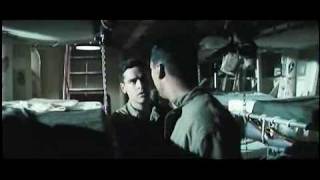 Flags of Our Fathers (New US Trailer)

Clint Eastwood's early-21st-century output has endeared him to Academy Awards voters, and he makes another bid for their attention with this tale of the flag-raising at Iwo Jima. Eastwood cuts back and forth between the battle that led to the flag being firmly planted in enemy soil, and the tour undertaken by three of the flag-planting Marines (played by Ryan Phillippe, Jesse Bradford, and Adam Beach) in the aftermath of World War II. The re-creation of Iwo Jima features impressive APOCALYPSE NOW-style battle scenes, the air full of thick plumes of smoke, zinging bullets, and pounding explosions. But the most interesting part of the movie comes as the three men are paraded in front of the American public, as they vacillate between embarrassment and anger at the public relations campaign they find themselves embroiled in, while also pleading with the public to help provide funds for the soldiers who are still at war.

Eastwood uses a script co-written by CRASH director Paul Haggis and a source book written by James Bradley, the son of John "Doc" Bradley (played by Phillippe in the film), to tell this affecting tale. Tom Stern, who worked with Eastwood on MILLION DOLLAR BABY, employs his skills as a cinematographer once again, deftly coupling vast panoramic battle scenes with darkly contemplative moments between the touring soldiers. Fascinatingly, the director's next jaunt behind the lens was LETTERS FROM IWO JIMA, which provided the Japanese perspective on this famous event.

25%off
Appointment in Tokyo
$5.95 Spring Sale
Add to Cart

26%off
Every Girl Should Be Married
$9.60 Spring Sale
Add to Cart