Available: Usually ships in 1-3 business days
Only 4 copies left
Add to Cart
Add to Wishlist
Format:  DVD
sku:  LMT 69214D
Related products:
Pirates of the Caribbean: Dead Men Tell No Tales for $12
The Wizard of Oz (75th Anniversary) for $12
Dunston Checks In for $8.40
Silicon Valley - Complete 5th Season for $18.60
Our customers love us! 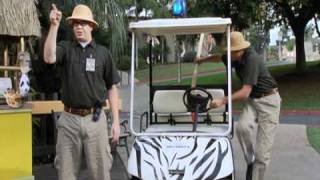 This amusing, darkly comic tale follows CIA agent Jack McCall (Matthew Modine) and a chimpanzee that he attempts to liberate from a testing lab. Named Clemens, the chimp has been trained in martial arts combat, as part of a program designed to turn the creatures into fearsome fighting machines. Naturally this leads to plenty of slapstick moments between Modine and the chimp, especially when they seek refuge in the home of a boy and his mother as the owners of the lab hotfoot it after the escaped primate. A hugely enjoyable family film, FUNKY MONKEY is a loveable romp packed full of simian charm.

A CIA agent (Modine) and Clement; a super chimp trained in martial arts, break out of a secret testing lab which turns primates into soldiers. With evil henchmen on their trail they go into hiding in the house of a local boy and his mother. Clement is captured and the new friends team up to attempt a daring rescue. With hilarious animal antics and exciting action, Funky Monkey is fun the whole family can enjoy.