Entertainment Weekly: "...ultimately, on a record that grows stranger and strongerwith each listen, they sound like no one except themselves." - Rating: A- 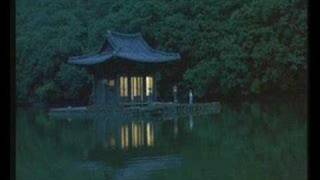 Personnel includes: Martin Hoyland (vocals, guitar, piano, bells, spoons); Kingsley (vocals); Neil Richardson (trumpet).
This Scottish quartet bounces from Four Freshman-style pre-rock balladry to menacing hiphop and demented Elvis-style rockabilly that has mutated into an amalgam of the Bonzo Dog Band and Roy Wood's Wizzard. And that's just on the first song! After that, singer Stephen Mason (who sounds uncannily like Pink Floyd's Roger Waters) and the Beta Band crew sound like the sort of group that would rather talk endlessly about other bands' records than make its own. This fact is borne out by the way the sweetly poppy and relatively normal "Round The Bend" devolves into Mason's enthusiastic spoken comparison of late '60s Beach Boys albums. The Beta Band's members aren't mere nutters, however, as the lovely, Soft Machine-like "It's Not Too Beautiful" and the extended piano coda of "The Hard One" prove. This album is clearly the product of four men with more a superabundance of ideas and a contagious try-anything-once attitude.