Dick Tracy and the Spider Gang

America's greatest comic strip detective battles his long-lost brother, turned to evil by a criminal gang's brainwashing, in this feature version of the thrill-a-minute 1937 serial. 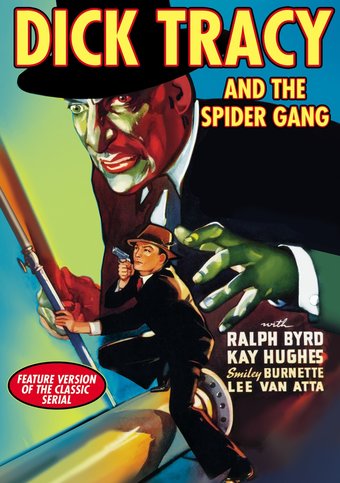 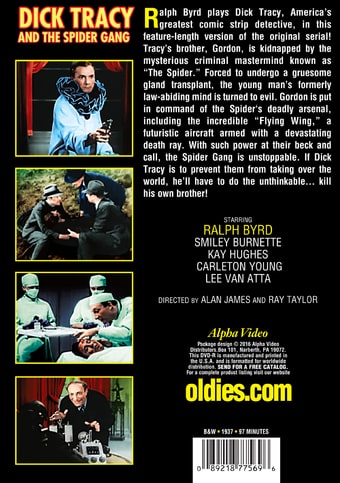 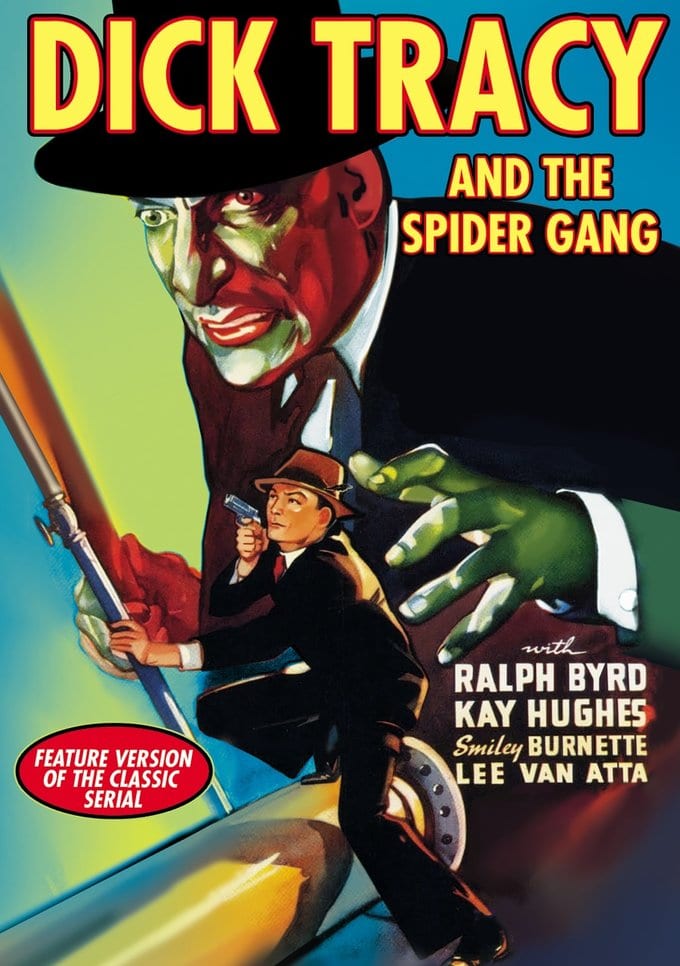 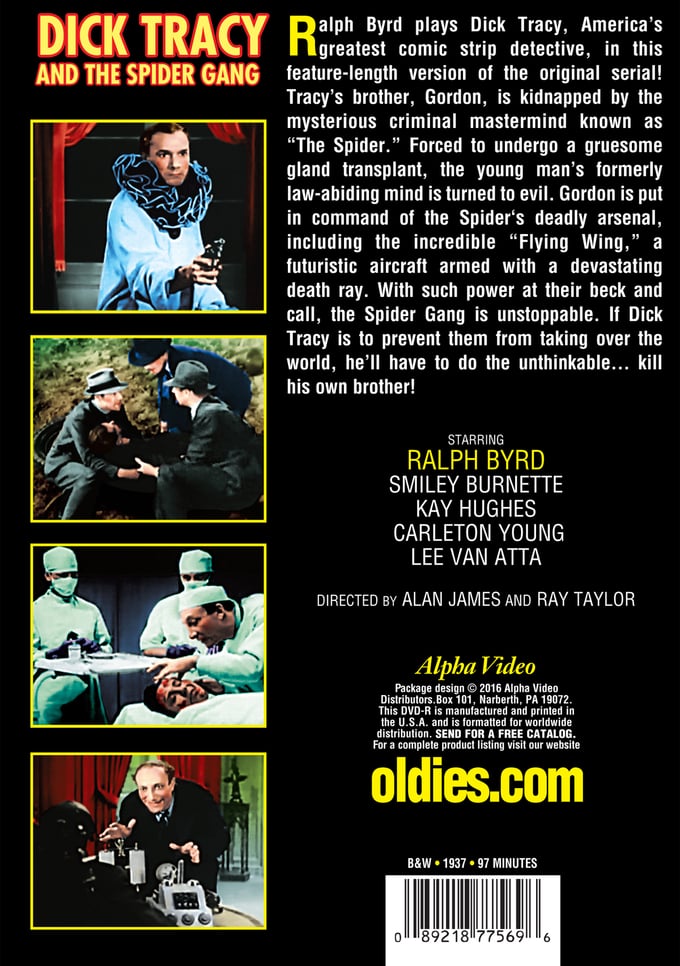 Ralph Byrd plays Dick Tracy, America's greatest comic strip detective, in this feature-length version of the original serial! Tracy's brother, Gordon, is kidnapped by the mysterious criminal mastermind known as "The Spider." Forced to undergo a gruesome gland transplant, the young man's formerly law-abiding mind is turned to evil. Gordon is put in command of the Spider's deadly arsenal, including the incredible "Flying Wing," a futuristic aircraft armed with a devastating death ray. With such power at their beck and call, the Spider Gang is unstoppable. If Dick Tracy is to prevent them from taking over the world, he'll have to do the unthinkable...kill his own brother!

Crime
This product is made-on-demand by the manufacturer using DVD-R recordable media. Almost all DVD players can play DVD-Rs (except for some older models made before 2000) - please consult your owner's manual for formats compatible with your player. These DVD-Rs may not play on all computers or DVD player/recorders. To address this, the manufacturer recommends viewing this product on a DVD player that does not have recording capability.