Also released as:
Scooby Doo 2: Monsters Unleashed for $6.40
Our customers love us! 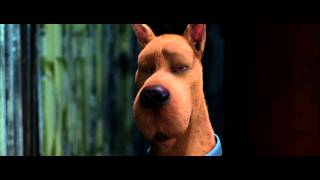 The gang from Mystery, Inc. is riding high as the focus of the first exhibit at the new Coolsonian Criminology Museum. But just as Fred (Freddie Prinze, Jr.), Daphne (Sarah Michelle Gellar), Velma (Linda Cardellini), Shaggy (Matthew Lillard), and their canine companion Scooby Doo are basking in the spotlight, their past comes backs to haunt them--literally. Suddenly, the villains that the team has unmasked in the past have returned. This time around, a monster machine is producing Captain Cutler's Ghost, the 10,000 Volt Ghost, the Pterodactyl Ghost, Miner 49er, and others. But who is behind this dastardly deed' Is it the former Black Knight Ghost (Peter Boyle)' Or television reporter Heather Jasper-Howe (Alicia Silverstone)' Or perhaps the curator of the museum who makes Velma's heart flutter, mild-mannered Patrick Wisely (Seth Green)' As the gang tries to solve this latest mystery--and salvage their sullied reputation--they each face their own boundaries: Daphne strives to be more than just a pretty face; Fred discovers his softer side; Velma finds that feelings can be just as powerful as facts; and Shaggy and Scooby vow to be better detectives. Raja Gosnell directed this live-action feature based on the classic Hanna Barbera cartoon.

The Flintstones
$10
Add to Cart

The Haunted Mansion
$6.60
Add to Cart

The Hitchhiker's Guide to the Galaxy (DVD)
$6.60
Add to Cart