He would kill to be you. 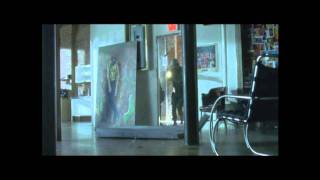 With superb investigative skills heightened by uncanny natural instincts, Iliana Scott (Angelina Jolie) is not a typical FBI profiler. This beautiful, no-nonsense Special Agent is a cut above the rest, which is why her old friend Captain Le Claire (Tcheky Karyo) calls her to assist his detectives in Montreal when a brutalized body is discovered in a construction site. A murder the next night provides proof of a serial killer, but this time, there is a witness. Artist James Costa (Ethan Hawke) not only saw the murder, but also tried to save the victim, and is even able to provide a sketch of the killer. The plot only thickens as ultra-dedicated Scott, along with ornery, territorial Detective Paquette (Olivier Martinez) and good-natured Detective Duval (Jean-Hughes Anglade), continue their investigation, linking together numerous similar murders over the years and arriving at a disturbing conclusion. To complicate matters even more, Scott is drawn to their charming key witness, Costa, and finds herself in uncomfortable territory as she fights her romantic impulses in an effort to remain professional. Director D.J. Caruso's (THE SALTON SEA) second feature also stars Keifer Sutherland and Gena Rowlands, and was filmed on location in Canada.

The Silence of the Lambs (Blu-ray)
$9.80 Super Savings
Add to Cart