2.7K ratings
Currently Out of Stock: We'll get more as soon as possible
Notify Me When Available
Add to Wishlist
Format:  DVD
sku:  LMTB 13515D
Also released as:
Trial by Jury (Blu-ray) for $24.60
Our customers love us! 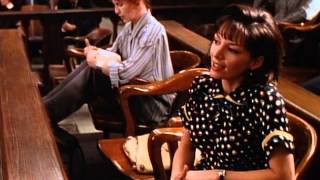 Entertainment Weekly - 01/13/1995
"...Ends up as captivating as fine crystal." -- Rating: B
Los Angeles Times - 09/10/1994
"...TRIAL BY JURY, an absorbing and ingenious courtroom drama/lady-in-distress thriller, is all the more entertaining for having successfully made consistently plausible the increasingly improbable..."

A female juror in the trial of a powerful New York City crime boss is pressured to push for an acquittal in this courtroom drama. When she resists, the gangster's attorney and his henchmen threaten the juror's family and her life.

A one-time cop, now turned gangster, goes on trial for his crimes. While awaiting justice, he becomes fascinated with a beautiful woman on his jury; before long he's doing everything he can to ensure that she'll find him innocent -- including threatening to kill her child.