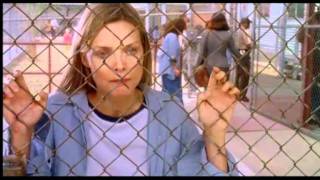 New York Times - 10/11/2002
"...WHITE OLEANDER is a superbly acted from top to bottom. Ms. Pfeiffer, giving the most complex screen performance of her career, makes her Olympian seductress at once irresistible and diabolical..."
Los Angeles Times - 10/11/2002
"...It's a tribute to the strength of the book's conception and the good work that's gone into it that it retains the power to haunt us..."
USA Today - 10/11/2002
"...Michelle Pfeiffer is icily powerful..."
Variety - 09/09/2002
"...Kosminsky shows real command of his tech resources, and has an eye for details of L.A. that perhaps only an outsider can bring..."
Box Office - 11/01/2002
"...WHITE OLEANDER eschews easy sentimentality and presents the women as complex individuals..."
Movieline's Hollywood Life -
"...Lohman is indelibly moving....[Pfeiffer] does some of the best work of her career....Robin Wright Penn also gives a terrific performance..."
Entertainment Weekly - 10/18/2002
"...Robin Wright Penn brings believable, unguarded fury to the role..."
Sight and Sound - 12/01/2003
"...[With] pleasingly subdued photography...[and a] nicely shaded approach to characterisation..."

WHITE OLEANDER, the Janet Fitch novel made famous on Oprah's Book Club, is the tale of an intense and toxic mother-daughter relationship, coupled with a look at the fundamentally skewed U.S. foster care system. When the beautiful photographer Ingrid Magnusson (Michelle Pfeiffer) is imprisoned for allegedly murdering a philandering boyfriend, her daughter Astrid (Alison Lohman) does her best to survive a string of foster homes where natural adolescent mistakes turn into land mines. Her first stop is the home of a born-again Christian, Starr (Robin Wright Penn, who is so good in this part she's physically unrecognizable.) Next, she is sent to the home of a clinically depressed actress, Claire Richards (Renee Zellweger, whose natural effervescence is delightfully disturbing here.) Claire uses Astrid to fill the void left by a roaming husband (Noah Wyle). Astrid juggles her list of changing homes with visits to Mommy Dearest in prison, while suffering flashbacks of the alleged murder.

WHITE OLEANDER, the first feature for U.K. television director Peter Kosminsky, is stark and brooding. Its simultaneously awful and lovely tone is reminiscent of AMERICAN BEAUTY or THE ICE STORM.