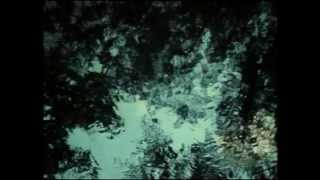 Oprah Winfrey collaborated with director Jonathan Demme (SILENCE OF THE LAMBS) for this African American ghost story, set in 1870s Ohio. Demme adapted it from Toni Morrison's Pulitzer-winning book. Former slave Sethe (Winfrey) lives with her daughter Denver (Kimberly Elise) in a house haunted by the malignant spirit of Sethe's long-dead infant. Sethe is also haunted by memories of her life of slavery at Sweet Home, the Kentucky plantation where she was raised. Enter Paul D. (Danny Glover), a fellow slave from Sweet Home, who stays at the house to start a new life with Sethe and Denver. Unfortunately their plans for happiness are foiled with the unexpected arrival of Beloved (Thandie Newton), a mysterious woman that may be the physical manifestation of Sethe's dead child. Horrifying secrets are revealed leading to a shattering climax.

Exquisite cinematography by Tak Fujimoto gives the film its stark beauty, and the performances are all splendid, particularly Winfrey's, and Newton's as the strange, hissing girl-child. Evocative recreations of the time, and disturbing flashbacks to the terrors of Sweet Home are interwoven to create a harrowing, vivid portrait of a life of freedom still haunted by ghosts of America's shameful past.

Beloved
Oprah Winfrey (THE COLOR PURPLE) and Danny Glover (LETHAL WEAPON IV, THE ROYAL TENENBAUMS) play the unforgettable lead roles in a powerful, widely acclaimed cinematic triumph from Jonathan Demme -- the Academy Award(R)-winning director of THE SILENCE OF THE LAMBS. On a difficult journey to find freedom, Sethe (Winfrey) is constantly confronted by the secrets that have haunted her for years. Then, an old friend from out of her past (Glover) unexpectedly reenters her life. With his help, Sethe may finally be able to rediscover who she is and regain her lost sense of hope. Also featuring outstanding performances from Thandie Newton (GRIDLOCK'D) and Lisa Gay Hamilton (TV's THE PRACTICE) -- you'll agree with critics everywhere who've hailed this landmark adaptation of Toni Morrison's Pulitzer Prize-winning novel as one of the year's finest films!

Jonathan Demme directs this sumptuous dark drama based on Toni Morrison's award-winning novel of the same name. The story exposes the events that transpire when a stranger named Beloved mysteriously appears on the Ohio land occupied by a former slave named Sethe and her daughter, Denver. When her arrival begins to stir memories of the past and strange occurrences begin to unfold, the truth of her identity eventually surfaces, throwing their lives into chaos.

Slavery | Theatrical Release | Based On A Novel

Daughters of the Dust
$19
Add to Cart

To Sleep with Anger
$26.40 Super Savings
Add to Cart

Their Eyes Were Watching God
$9.50 Super Savings
Add to Cart

Daughters of the Dust (Blu-ray)
$20.90 Super Savings
Add to Cart

Hannah and Her Sisters (VHS)
99¢ Spring Sale
Add to Cart