The biggest kick of the year! 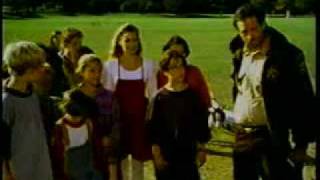 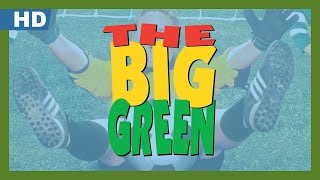 In this Disney family comedy a group of awkward, small-town misfits, inspired by an understanding new teacher, transform themselves into a championship soccer team. Elma, Texas seems like a boring place -- that is until it's transformed into a hotbed of soccer rivalry! When British teacher Anna Montgomery (Olivia D'Abo) decides to inspire her students by creating a soccer team, she recruits the past-his-prime sheriff Tom Palmer (Steve Guttenberg). Once he begins coaching the team, Sheriff Palmers seizes the opportunity to finally beat his archenemy, who has become the coach of the more sophisticated team, the Knights. Will the kids find a purpose in sports, and will Sheriff Palmer learn about victory'

The Big Green
The biggest game in the world comes to the smallest town in America in this action-packed comedy about a group of bored misfits who become local soccer heroes. A winning family film from the people who brought you ANGELS IN THE OUTFIELD, THE BIG GREEN will elicit big grins from the whole family! Nothing ever happens in Elma, Texas ... at least not until British schoolteacher Anna Montgomery (Olivia d'Abo of THE WONDER YEARS) arrives. Determined to motivate her students, Anna decides to form a soccer team. She enlists the aid of out-of-shape sheriff Tom Palmer (Steve Guttenberg, THREE MEN AND A BABY), who agrees to coach the team so he can beat his old nemesis, the ruthless coach of the big city bullies, the Knights. THE BIG GREEN scores with parents as well as with kids, who learn the importance of being a team player ... and a good sport!

When Englishwoman Anna Montgomery arrives in a small Texas town to teach school, she finds a group of surly, uninspired students with no self-confidence. So she decides to form a soccer team in hopes that the competition and discipline of sports will help these misfit kids to gain some self-esteem. She is assisted in her efforts by Tom Palmer, the local sheriff who becomes Anna's assistant coach -- and then gets a serious crush on her.
They call their rag-tag team the Big Green, and at first, they don't do too well in the junior league. But by season's end they have improved enough to make it to the finals. They're up against some skillful, intimidating and downright mean opponents, however; worse yet, these antagonists are coached by Tom's high school rival! Can the Big Green buck the odds and win it all'