Blood In Blood Out R

An epic story of three brothers. Bound by blood. Divided by fate. Driven by destiny. 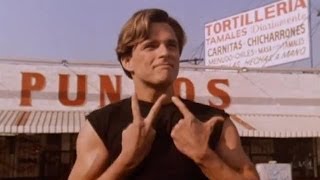 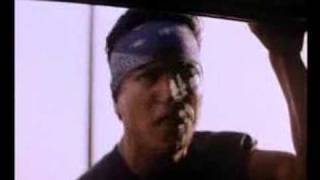 Blood in Blood Out - Trailer

In this epic drama exploring Chicano life in East Los Angeles, Miklo (Damian Chapa), Cruz (Jesse Borrego), and Paco (Benjamin Bratt) are three young cousins raised as brothers. Miklo, born of a Chicano mother and a white father, is Chicano on the inside, but feels betrayed by his white skin and blue eyes that keep him on the fringes of his Chicano heritage. Desperate to belong to what he feels is his true family, he'll do anything to be a part of his cousins' gang--his "family." But a retaliatory attack on a rival gang sends Miklo, out on probation, back to prison, and he finds himself in San Quentin. As he serves his time and tries to find a place in the Latino power group in prison--La Onda--his hotheaded cousin Paco turns to a career in law enforcement, while Cruz makes his way as a successful artist. Cruz's career hits a dead end after he gets addicted to drugs and inadvertently causes a tragedy that alientates him from his family. With their respective paths drawing the family apart, the three men must find out who they are, and whether they can hold on to the bond that once united them. Benjamin Bratt and Jesse Borrego turn in believable, moving portrayals as Miklo's cousins in this decade-spanning drama loosely based on actual prison gang riots in the 1980s.

Blood In Blood Out
Now, from the director of AN OFFICER AND A GENTLEMAN and the producer of LA BAMBA comes BLOOD IN ... BLOOD OUT, a critically acclaimed modern-day epic. Within the rich and colorful Chicano culture of East Los Angeles, three cousins raised as brothers fiercely live by a generations-old tradition of family -- a power stronger than law, a force deeper than friendship. In one life-shattering moment, the trio is torn apart, forcing them to follow three separate paths: one searching for truth in the law, one expressing his passion through art, and one finding power in prison. Yet through it all, family and honor keep their lives intertwined as each strives for survival and power!

BLOOD IN BLOOD OUT is an epic drama exploring Chicano life in East Los Angeles. Three cousins raised as brothers follow separate paths--law, art and crime. Through it all, family and honor keep their lives intertwined.