A Far Off Place PG 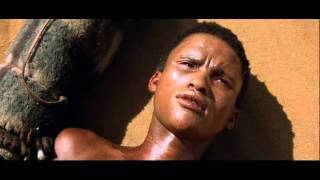 After witnessing poachers on an African animal preserve, two teenagers (Reese Witherspoon and Ethan Embry), formerly strangers, must make a daring escape across 1000 miles of deadly desert terrain. With only their minds and the help of a local man to help them in their journey, they encounter countless threats and obstacles, including wild animals and terrifying weather!

A Far Off Place
Walt Disney Pictures and Amblin Entertainment team up to deliver a thrilling story, action-packed adventure, and breathtaking scenery! Thrown together under incredible circumstances, two strangers must discover courage and strength when they begin a journey across the treacherous African desert! Equipped with only their wits and the expertise of a native bushman who befriends them, they are determined to triumph over impossible odds and reach their destination. But along the way, the trio face a primitive desert wilderness teeming with deadly obstacles, including wild animals, ruthless poachers, and severe weather conditions!

Two children, orphaned by poachers, are pursued across the African desert aided by a friendly bushman.

The Man in the Moon
$9 Super Savings
Add to Cart