In Search of the Castaways G 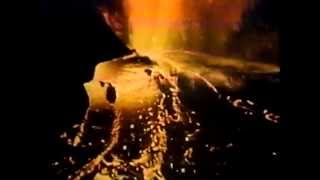 In Search of the Castaways 1978 re-release TV trailer

A young girl embarks on a perilous quest to the four corners of the world to rescue her sea captain father -- although her only clue to his whereabouts is a message in a bottle. Great Disney special effects add to the adventure. Based on Jules Verne's book.

In Search Of The Castaways
Embark on an amazing adventure awash with intrigue over land and sea, now on Disney DVD for the first time! Hayley Mills stars as fearless Mary Grant, whose only clue to her missing father -- a sea captain -- is a mysterious message in a bottle. One clue leads to a thousand thrills when Mary, her brother, and their fellow searchers must brave earthquakes, fire, flood, and even a giant condor on their perilous rescue mission. Maurice Chevalier, George Sanders, and Wilfrid Hyde-White also star in this spectacular fantasy-adventure based on celebrated novelist Jules Verne's popular book. Brimming with special effects, this is your passport to surefire family fun!

Walt Disney's adaptation of the Jules Verne novel, "Captain Grant's Children".
A French scientist finds the proverbial note-in-a-bottle, which divulges the location of a long-missing Captain. The scientist and the captain's children set out on a wild sea journey to South America to search for him, and on their way they encounter every possible obstacle to their quest: floods, fierce storm, wild animals, mutiny, and capture by some unfriendly natives.

16%off
The Incredible Journey
$8.40 Super Savings
Add to Cart