In the Army Now PG

Sleep tight, America! The safety of the free world rests in his hands!

56K ratings
Currently Out of Stock: We'll get more as soon as possible
Notify Me When Available
Add to Wishlist
Format:  DVD
sku:  CXKE
Our customers love us! 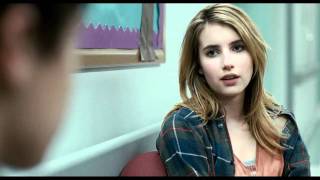 Its Kind of a Funny Story Movie Trailer (HD)

A pair of misfits join the Army Reserves thinking it would mean easy money, but they're in for much more than they bargained for when they're sent overseas on a mission.

In The Army Now
Enlist now for a sure-fire good time with Pauly Shore (ENCINO MAN, SON-IN-LAW) in his funniest role yet! He's the free-spirited Bones Conway, our armed forces' newest -- and zaniest -- recruit! ~Together with his unlikely band of military misfits, the always outrageous Pauly battles the strict rules and regulations as only he can, turning today's Army upside down! Packing nonstop fun and big-time laughs, IN THE ARMY NOW is hilarious, good-natured comedy entertainment you're sure to enjoy!

Bones Conway and Jack Kaufman need cash. So what do they do' They join the army, where boys become men, and you can get to see the world, too. And when they've finished their tour of duty, they can finally open that stereo store they've dreamed of owning.
But meanwhile, America's security is in the hands of these laid-back dimwits -- and that's bad news for those good men in uniform with a sense of duty. (Not to mention to country!)
The only question is, who's going to fall apart first: the new recruits or the military as we know it'