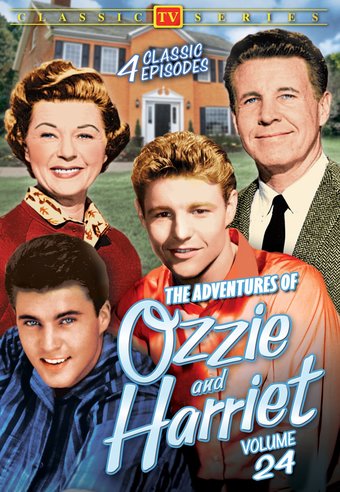 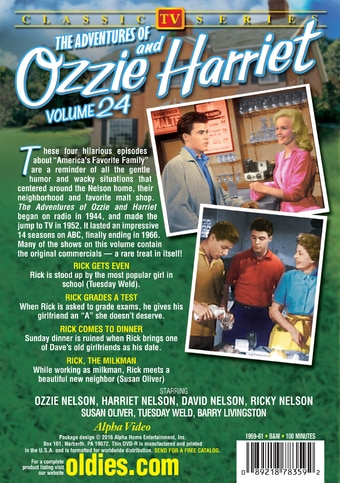 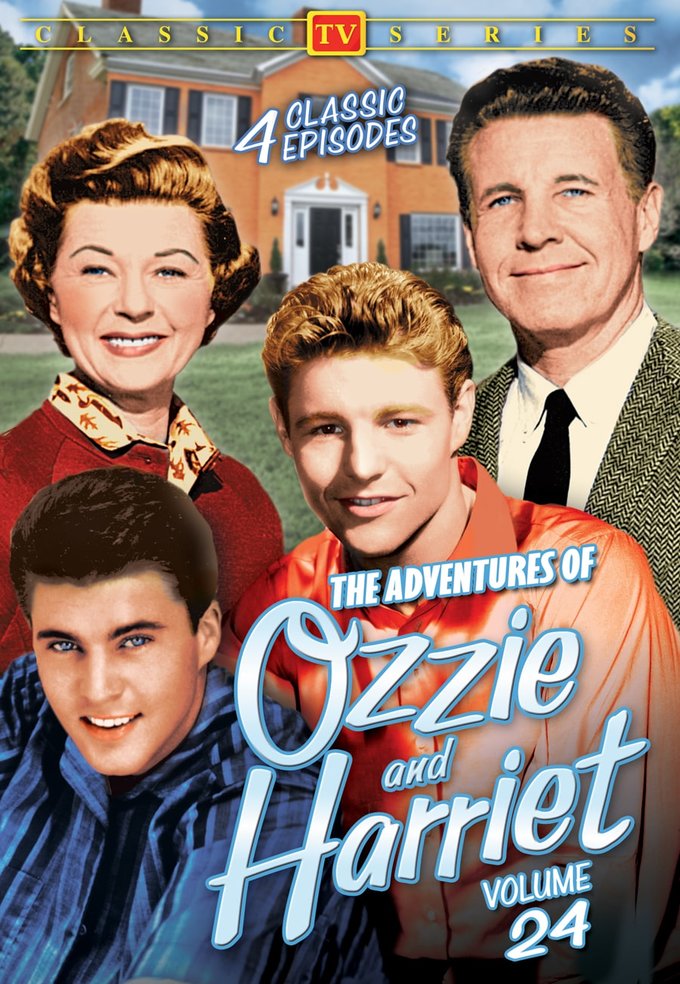 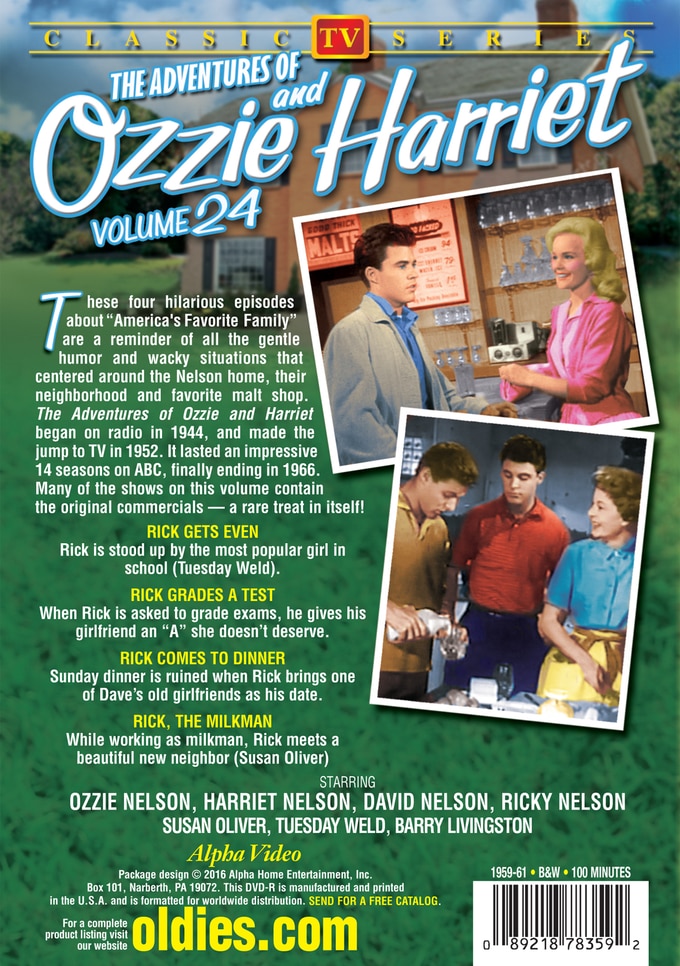 These four hilarious episodes about "America's Favorite Family" are a reminder of all the gentle humor and wacky situations that centered around the Nelson home, their neighborhood and favorite malt shop. The Adventures of Ozzie and Harriet began on radio in 1944, and made the jump to TV in 1952. It lasted an impressive 14 seasons on ABC, finally ending in 1966. Many of the shows on this volume contain the original commercials -- a rare treat in itself!

RICK GETS EVEN: Rick is stood up by the most popular girl in school (Tuesday Weld).

RICK GRADES A TEST: When Rick is asked to grade exams, he gives his girlfriend an A she doesn't deserve.

RICK COMES TO DINNER: Sunday dinner is ruined when Rick brings one of Dave's old girlfriends as his date.