A collection of vintage short subjects from the nostalgic days of railroad travel. 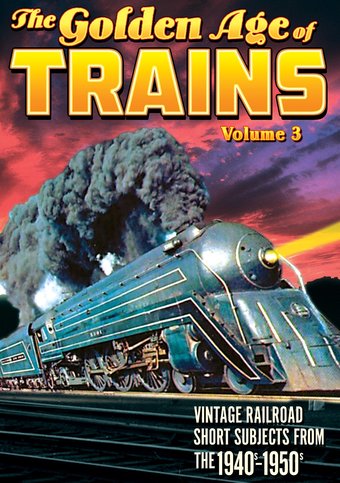 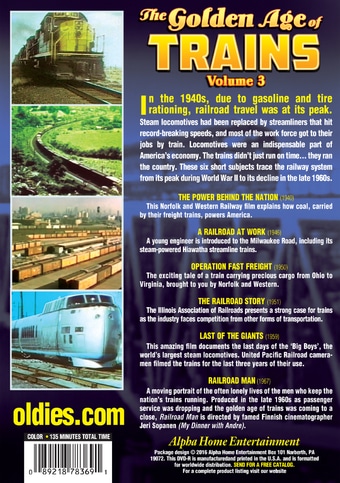 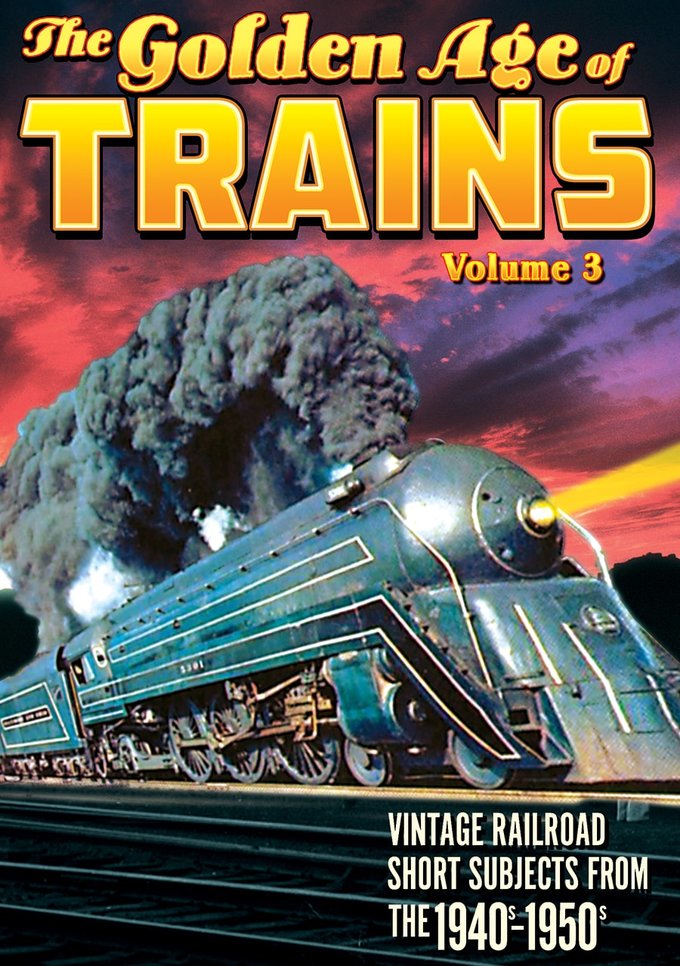 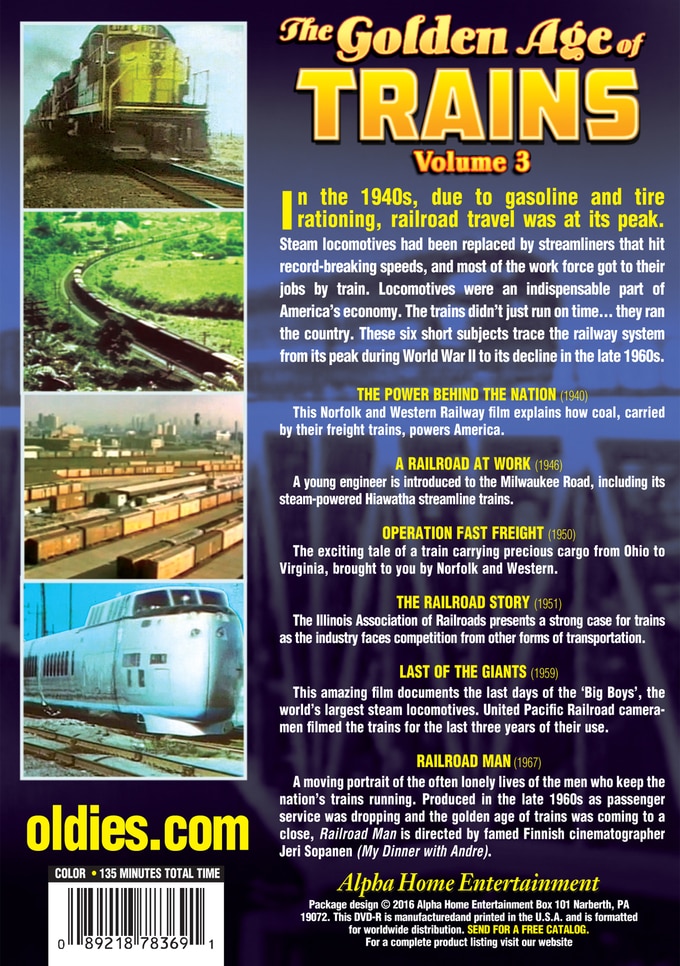 In the 1940s, due to gasoline and tire rationing, railroad travel was at its peak. Steam locomotives had been replaced by streamliners that hit record-breaking speeds, and most of the work force got to their jobs by train. Locomotives were an indispensable part of America's economy. The trains didn't just run on time...they ran the country. These six short subjects trace the railway system from its peak during World War II to its decline in the late 1960s.

The Power Behind The Nation (1940): This Norfolk and Western Railway film explains how coal, carried by their freight trains, powers America.

A Railroad At Work (1946): A young engineer is introduced to the Milwaukee Road, including its steam-powered Hiawatha streamline trains.

Operation Fast Freight (1950): The exciting tale of a train carrying precious cargo from Ohio to Virginia, brought to you by Norfolk and Western.

The Railroad Story (1951): The Illinois Association of Railroads presents a strong case for trains as the industry faces competition from other forms of transportation.

Last Of The Giants (1959): This amazing film documents the last days of the 'Big Boys', the world's largest steam locomotives. United Pacific Railroad cameramen filmed the trains for the last three years of their use.

Railroad Man (1967): A moving portrait of the often lonely lives of the men who keep the nation's trains running. Produced in The late 1960s as passenger service was dropping and the golden age of trains was coming to a close, Railroad Man is directed by famed Finnish cinematographer Jeri Sopanen (My Dinner with ).

Documentary
This product is made-on-demand by the manufacturer using DVD-R recordable media. Almost all DVD players can play DVD-Rs (except for some older models made before 2000) - please consult your owner's manual for formats compatible with your player. These DVD-Rs may not play on all computers or DVD player/recorders. To address this, the manufacturer recommends viewing this product on a DVD player that does not have recording capability.