The head of the family is the one with the tail. 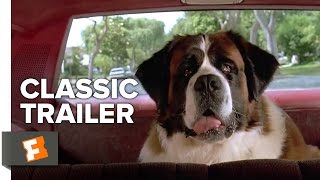 Mr. Newton, head of a suburban family of five, who thinks the best pets are goldfish, keeps his family running in an orderly fashion. That is until their entire lifestyle is disrupted by the antics of an enormous but beguiling St. Bernard named Beethoven.

A runaway St. Bernard puppy is adopted by a suburban family despite the protestations of their uptight father. Of course, the rambunctious little thing grows up to be a slobbering mountain of a dog. But the troubles don't stop there: an evil veterinarian plots to steal "loveable" Beethoven for his own twisted experiments, while a conniving yuppie-couple scheme to take over Dad's business. But it's good old Beethoven to the rescue -- he'll save the day!

Honey, I Shrunk the Kids
$6 Super Savings
Add to Cart