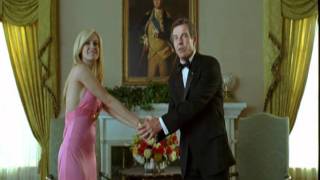 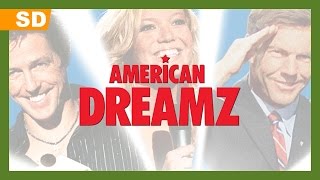 Known for the gross-out hit AMERICAN PIE and the charming dramedy ABOUT A BOY, director Paul Weitz once more teams up with several actors from his previous films for this satire about the state of America in 2006. Hugh Grant is perfectly cast as Martin Tweed, the greedy, self-despising producer and host of AMERICAN DREAMZ, an AMERICAN IDOL-like television program that chooses contestants more on the basis of their ratings potential than genuine talent. Unapologetic and calculated, Tweed recognizes something of himself in Ohio-bred, ruthlessly conniving contestant Sally Kendoo (Mandy Moore).

Dennis Quaid plays a pajama-clad President Staton, a character clearly modeled after George W. Bush. After taking a sudden interest in reading the newspaper, Staton grows confused and troubled by what he learns about his country and its international affairs. With the president refusing to leave his bedroom for weeks, the first lady (Marcia Gay Harden) and the Chief of Staff (Willem Dafoe) grow increasingly worried. Fearful that the president's laziness and newfound political awareness will cost him points in the public eye, the two orchestrate a plan that involves force-feeding him antidepressants and scheduling him for a spot as a guest judge on the finale of AMERICAN DREAMZ. Meanwhile, a terrorist plot unfolds, involving a planned assassination by another one of the show's contestants, the Broadway-dancing, theatre-loving Omer (Sam Golzari). AMERICAN DREAMZ boldly pokes fun at such touchy subjects as terrorism and takes humorous (and sometimes disturbingly accurate) stabs at such public figures as Simon Cowell, President Bush, Laura Bush, and Dick Cheney. By emphasizing the staged, false nature of both the political and entertainment realms, AMERICAN DREAMZ suggests that these worlds have more in common than first meets the eye.