26K ratings
Currently Out of Stock: We'll get more as soon as possible
Notify Me When Available
Add to Wishlist
Format:  DVD
sku:  F5J9
Also released as:
Boxer (aka "Ripped Off") for $3.49
The Boxer (Blu-ray) for $27.50
Our customers love us! 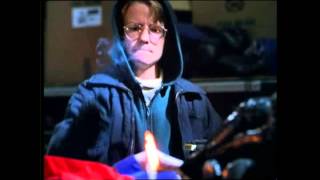 Daniel Day-Lewis stars in this searing portrait of 1990s Belfast ripped apart by 20 years of religious conflict and IRA violence. Danny Flynn (Day-Lewis), a repentant IRA operative seasoned by a 14-year prison term, returns to the neighborhood of his childhood to try to rebuild his life. A prizefighter in his youth, he teams up with his old trainer (Ken Stott) to reopen a nonsectarian boxing gym in a bombed-out community center. Meanwhile, Danny finds himself undeniably drawn to his old girlfriend Maggie (Emily Watson), who is now married to his former best friend, an imprisoned IRA member. Maggie's father, Joe Hamil (Brian Cox), the head of the local IRA chapter, is attempting to negotiate an IRA cease-fire, causing extreme tension between IRA factions with opposing views. Danny and Maggie's rekindled love, which defies the IRA rule promising death for anyone having an affair with an imprisoned operative's wife, thrusts Danny straight into the center of the erupting tensions. Irish director Jim Sheridan and British actor Daniel Day-Lewis (who worked together on IN THE NAME OF THE FATHER and MY LEFT FOOT) once again team up with wondrous results, creating a vivid and captivating portrait of an Ireland intimately torn by ancient religious strife.

In the Name of the Father
$12.50 Super Savings
Add to Cart