42K ratings
Out of Print: Future availability is unknown
Notify Me When Available
Add to Wishlist
Format:  DVD
item number:  36EQ7
Our customers love us! 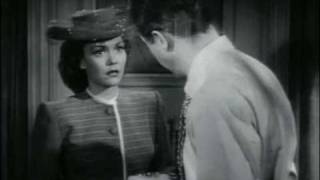 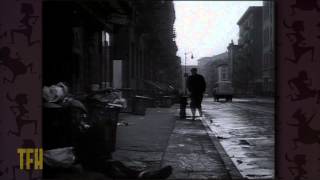 "It shrinks my liver, doesn't it, Nat' It pickles my kidneys, yeah. But what does it do to my mind' It tosses the sandbags overboard so the balloon can soar. Suddenly I'm above the ordinary. I'm competent, supremely competent. I'm walking a tightrope over Niagara Falls. I'm one of the great ones. I'm Michelangelo, molding the beard of Moses. I'm van Gogh, painting pure sunlight. I'm Horowitz, playing the Emperor Concerto. I'm John Barrymore before the movies got him by the throat. I'm Jesse James and his two brothers--all three of 'em. I'm W. Shakespeare. And out there it's not Third Avenue any longer--it's the Nile, Nat, the Nile--and down it moves the barge of Cleopatra."
- Don Birnam (Ray Milland)
"Good morning, Mary Sunshine!"
- male nurse to his alcoholic patients

Ray Milland stars as alcoholic writer Don Birnam in Billy Wilder's first unabashedly dramatic film, and one of the first to deal in such painstaking detail with the disease of alcoholism. Don shares an apartment in New York City in the 1940s with his brother Wick (Phillip Terry) who has his hands full trying to deal with his brother's drinking problem. One night, Don encourages his brother to take his girlfriend Helen St. James (Jane Wyman) to hear some music only so that he can be out from under their watchful eyes. Taking the money left for the maid, he goes out to buy some liquor, stashing one bottle in the chandelier. When he goes to the bar the next day, Nat (Howard Da Silva), the owner berates him for treating his girlfriend badly and warns him that he's on a path toward death. Don returns to the apartment to try to work on his novel "The Bottle," but consumed by self-doubt, goes to another bar, and steals a woman's purse to buy a drink. As the weekend wears on, his spiral downward continues apace. Although dated in some respects, the film's unadorned portrait of the relentless torture that is alcoholism still packs a powerful punch thanks to Wilder's sharp script, the deep-focus camerawork of John Seitz, and a career performance by Ray Milland.

From Here to Eternity
$13.10 Super Savings
Add to Cart

19%off
Thunderbolt and Lightfoot (DVD)
$16.20 Super Savings
Add to Cart