Currently Out of Stock: We'll get more as soon as possible
Notify Me When Available
Add to Wishlist
Format:  DVD
sku:  36E29
Also released as:
White Noise (Full Frame) for $3.98
More products that might interest you:
Classic Horror Collection: 20 Full Color Vintage Movie Postcards (Movie Collectible) $4.78
Our customers love us! 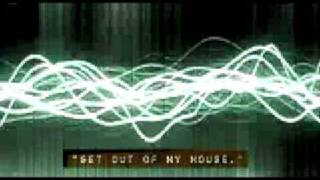 In the 1920s, Thomas Edison speculated that a device would be created which would allow humans to conduct conversations with the dead. In the 1970s, Sarah Estep picked up some mysterious voices on her husband's reel-to-reel tape recorder, and set up the American Association of Electronic Voice Phenomena (EVP) to help track the phenomenon. In 2005, following a welter of evidence gathered by Estep and others, EVP forms the backbone for director Geoffrey Sax's shocking feature film WHITE NOISE.

Architect Jonathan Rivers (Michael Keaton) has little time to mourn the passing of his wife Anna (Chandra West) when he starts receiving signals from her. A faint sound of her voice is caught by Rivers in radio static on the night of her death, followed by incessant cell phone calls coming from Anna's old number. Rivers is convinced he can hear Anna's voice saying "go, Jon" to him in the resulting calls. With a little help from expert EVP practitioner Raymond Price (Ian McNeice), Rivers contacts Anna and begins a hazy dialect with her. From the garbled dialogue Rivers receives, he deduces that Anna is sending him to save the lives of people who are about to die. This joins Rivers, in his plight, with a former client of Price's, Sarah Tate (Deborah Kara Unger). However, meddling with messages from the dead leads the pair into a world of trouble, producing some startlingly anxious moments, and a spine-chilling forewarning of the possible consequences facing real-life users of EVP.