5.1K ratings
Currently Out of Stock: We'll get more as soon as possible
Notify Me When Available
Add to Wishlist
Format:  DVD
sku:  KSDVD 1619D
Our customers love us! 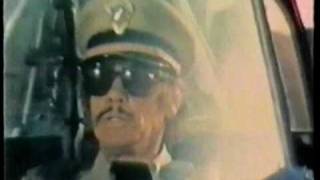 Charles Bronson portrays Nick Colton, a tough bush pilot who is hired to spring innocent man Jay Wagner (Robert Duvall) from a Mexican jail. Unfortunately for the both of them, Wagner was framed for murder by wealthy Harris Wagner (John Huston), who has the financial resources to make the escape very difficult for the both of them. Riding high on the success of the previous year's DEATH WISH, Bronson picked this as his follow-up. Director Tom Gries also directed Bronson the same year in BREAKHEART PASS.

Imprisonment in a foreign country... it may be a fate far worse than death. Jay Wagner (Robert Duvall) is framed for murder by his scheming grandfather (John Huston). Unjustly convicted, he faces 28 hard years of confinement in a crowded Mexican prison. Wagner's guilt-ridden wife Ann (Jill Ireland), who unwittingly aided in framing him by confiding in the grandfather, turns to pilot Nick Colton (Charles Bronson) and his partner Hawk (Randy Quaid) to help Wagner escape. Only the most cunning anddaring tactics can spring Wagner, so Colton must plan the impossible. BREAKOUT builds to an explosive climax when Colton launches an all-out desperate helicopter raid that will either rescue the prisoner or cost the lives of all involved.

American businessman Jay Wagner is being held in a Mexican prison, having been framed for murder by his own father-in-law. But Jay's wife takes matters into her own hands, hiring a maverick pilot named Nick to help Jay escape. Will the daring breakout attempt be successful' Or have Nick and Jay bitten more off than they can chew'

Legend of the Lost
$17.20 Super Savings
Add to Cart