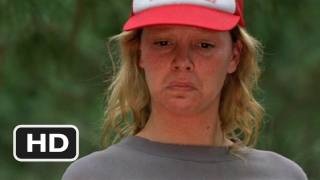 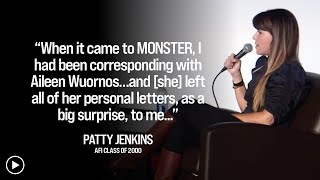 "This man is a genius. He's the Mozart of vice."
- Taccone (Michel Blanc) to female officers
"We must catch the monster with his hand in the cookie jar and you must play the cookie."--Chief of Police (Laurent Spielvogel) to Jessica (Nicoletta Braschi
)
"You're a flower for a hungry bee. The pistil beckons, then retracts, forbidding the honey. It will be a perverse war, a lustful duel, day and night. An obscene bombardment."
- Taccone to Jessica
"Do you know what we call this 'nothing strange'' Preurgic cathartic empathy."
- Taccone to Jessica

The rubber-faced Roberto Benigni, Italy's most beloved slapstick comic, stars in THE MONSTER as Loris, a bumbling con man whose everyday activities consist of shoplifting from the local supermarket and preventing anyone from buying the apartment he is squatting in. Suspected of being a vicious rapist, he is seduced by a voluptuous female cop (Nicoletta Braschi, Benigni's wife in real life) who hopes to overstimulate his sexual urges and catch him in the act of committing a crime. A comedy of misidentification like Benigni's box-office smash JOHNNY STECCHINO, THE MONSTER features Benigni doing his best imitation of the innocent everyman pioneered by Charlie Chaplin and Buster Keaton. Whether it's dropping a cigarette down his pants or dealing with an out-of-control chain saw, Benigni is all arms, legs, and statically charged hair. Once censured by the pope, Benigni pushes the edge in risqué scenes with his wife, who spends much of the movie gamely thrusting her pelvis and chest in front of Loris. THE MONSTER is a great introduction to a comic whose jokes, it is said, contributed to the downfall of an Italian prime minister.

In THE MONSTER, Roberto Benigni is a hapless bush-league grifter who must clear his name when the local Joe Fridays pin the rap for a series of murders on him. Naturally, hilarity ensues.