Reign Over Me (Full Screen) R

Let in the unexpected.

242K ratings
Currently Out of Stock: We'll get more as soon as possible
Notify Me When Available
Add to Wishlist
Format:  DVD
sku:  XWB 19481D
Also released as:
Reign Over Me for $3.98
Reign Over Me (Blu-ray) for $18.30
Our customers love us! 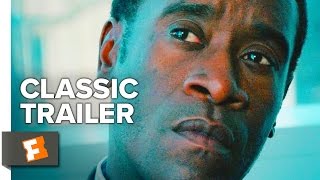 Demonstrating the same understanding of the complexities of human relationships that characterized his 2006 film, THE UPSIDE OF ANGER, and his short-lived HBO series, THE MIND OF THE MARRIED MAN, writer/director Mike Binder once again taps into the same fertile ground in this story of one man's difficulty reconnecting with the world after experiencing a great tragedy. In another role showcasing his relatively untapped talent for dramatic roles, Adam Sandler is Charlie Fineman, a New York dentist whose post-traumatic stress caused by the loss of his wife and children on 9/11 sees him regressing to a sort of second childhood dominated by videogames, record collecting, and riding his motor scooter around the city. A chance run-in with his former college roommate, fellow dentist, and family man Alan Johnson (Don Cheadle) spurs Charlie's first attempts at remembering his past. But though Alan is genuinely glad to try and help Charlie, it will take more than the company of a good friend to get Charlie back to the world.

Striking just the right balance between comedy and pathos, Binder's script elicits another great performance from Cheadle, and allows Sandler to continue to prove that he's capable of far more than the comedies that made him a box-office superstar. They are accompanied by a stellar supporting cast including Jada Pinkett Smith as Alan's vigilant wife, Janeane; Liv Tyler as the therapist who finally gives Charlie a healthy outlet for his grief; and Saffron Burrows as a neurotic patient of Alan's. Though REIGN OVER ME could be classified as a post-9/11 film, Binder never belabors or exploits the point and never actually mentions the event by name. The stunning New York location shots look as lovely as any in cinematic memory.

Adam Sandler, Don Cheadle, Jada Pinkett Smith and Liv Tyler star in this heart-rending story about Charlie Fineman (Sandler), who has slipped away from reality after the sudden loss of his wife and children. But Charlie's life takes a turn for the better when he runs into his old college roommate Alan Johnson (Cheadle), whose life is torn between the demands of career and family. Their renewed friendship rekindles their long-forgotten bond, and both men emerge enriched and enlightened. Bill Zwecker of CBS-TV hails REIGN OVER ME as "A truly brilliant film."