She Hate Me R

15K ratings
Currently Out of Stock: We'll get more as soon as possible
Notify Me When Available
Add to Wishlist
Format:  DVD
sku:  XRI 5954D
92% recommend us! 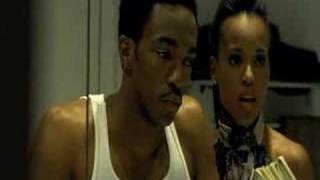 She Hate Me Trailer

Well-known for his ability to combine political and social issues with a poignant story, Spike Lee writes, directs, and produces SHE HATE ME. John Henry "Jack" Armstrong (Anthony Mackie), an executive at a pharmaceutical company, blows the whistle on the company's CEO over an ethics issue, and is fired. Though he's out of work and has suffered a serious blow to his business reputation, his ex-girlfriend Fatima (Kerry Washington) enlists his help on a babymaking mission. She wants to get pregnant and so does her lesbian girlfriend Alex (Dania Ramirez). In fact, so do plenty of other lesbians, who Fatima invites into Jack's bedroom in droves, resulting in some very funny sex scenes. With a $10,000 price tag per dose of Jack's "man milk"--cheaper than adoption and less mysterious than artificial insemination--Jack is making a bundle and keeping the lesbian mothers-to-be happy. However, his actions do catch up to him, and in a final court hearing about his corporate situation, his "second job" also becomes a major detractor from his credibility. Lee uses a smooth jazz score, scenic New York and Brooklyn photography, and a many of his favorite actors--John Turturro, Ossie Davis, Q-Tip--to make this thought-provoking and often surprising film work like a charm.