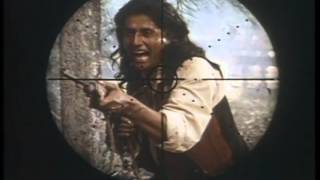 Sergeant Tom Beckett finds himself saddled with an inexperienced partner on a dangerous assignment to track down and eliminate a Colombian drug lord. As they stalk their prey deep into the jungles of Panama they each recognize a version of himself in the other and hopefully will use that to their advantage before time runs out.

When the American government launches a covert operation to depose an opposition leader in Panama, they team a veteran army marksman with a greenhorn sniper who is unproven on the battlefield to do the dirty work. The kid is arrogant at first, and virtually ignored by the jaded older soldier who's seen-it-all-before. But the stark reality of murder, even at a distance, is too much for the young man to bear. His fear and uncertainty end up putting the entire mission in jeopardy -- and his veteran partner may be the one who pays the greatest price.

The Day of the Jackal
$13 Super Savings
Add to Cart