This could be the beginning of a beautiful friendship. 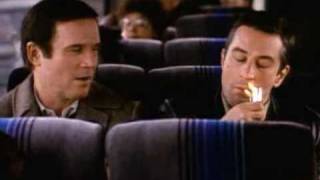 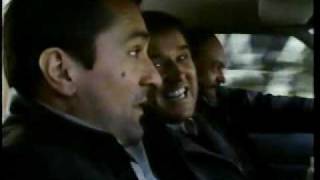 Robert De Niro and Charles Grodin star in this hilarious action-packed blockbuster. Jack Walsh (De Niro) is a cynical ex-cop turned bounty hunter who is offered $100,000 to bring Jonathan "the Duke" Mardukas (Grodin) to justice. Jonathan is a sensitive accountant who embezzled from the mob, gave the money to charity, and jumped bail. Jack begins what he believes will be a relatively standard trip with his prisoner from New York to Los Angeles until he learns that Jonathan owes 15 million dollars to mobster Jimmy Serrano (Dennis Farina), who has put a hit out on the neurotic and wimpy accountant and will stop at nothing to capture the wanted man. To complicate matters, the FBI is also after the accountant to testify against the mob. The two unlikely partners suffer a hysterical trip via plane, train, and car as they attempt to outrun Jonathan's enemies, forced to endure many outrageous twists and turns as a bickering team. MIDNIGHT RUN features great comic timing and fast-pasted banter between Grodin and De Niro as they lead the chase, set to a fabulous soundtrack by Danny Elfman.