After 180 years in a cryogenic freeze, a trio of astronauts returns to Earth, only to find giant asteroids have devastated the planet. They encounter weird new cities, strange civilizations and bizarre descendants of Earth's distant past. 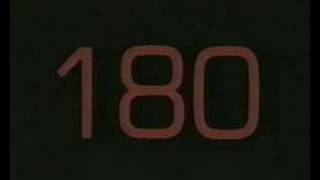 Cult icon John Saxon (Enter the Dragon/) battles clones, barbarians, beasts and more in this startling sci-fi adventure based on concepts developed by Gene Roddenberry, the visionary creator of Star Trek. After 180 years in a cryogenic freeze, a trio of astronauts returns to Earth, only to find giant asteroids have devastated the planet. Roaming across America's vast wastelands, they encounter weird new cities, strange civilizations and bizarre descendants of Earth's distant past. Co-written by Academy Award winner Walon Green (The Wild Bunch), Strange New World features foxy film femmes Martine Beswick (Thunderball), Catherine Bach (The Dukes of Hazzard) and 1974 Playmate of the Year Cynthia Wood (Apocalypse Now) in an otherworldly thriller where Earth itself is the final frontier.

Three astronauts return to Earth after 180 years in suspended animation to find that scientists have discovered eternal life through cloning.

Adventure | Science-Fiction | Thriller
This product is made-on-demand by the manufacturer using DVD-R recordable media. Almost all DVD players can play DVD-Rs (except for some older models made before 2000) - please consult your owner's manual for formats compatible with your player. These DVD-Rs may not play on all computers or DVD player/recorders. To address this, the manufacturer recommends viewing this product on a DVD player that does not have recording capability.

When Worlds Collide
$9.10
Add to Cart

31%off
Captain Nemo and the Underwater City (DVD-R)
$8.98 ENDS TONIGHT
Add to Cart