John Doe A Year in the Wilderness

Uncut: 3 stars out of 5 -- "His latest boasts some rattling good tunes, not least 'There's A Hole', with The Black Keys' Dan Auerbach." 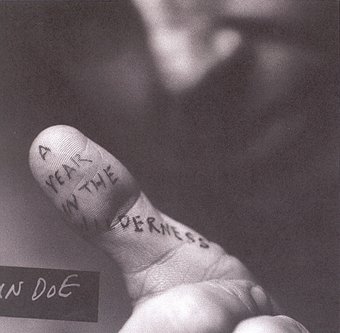 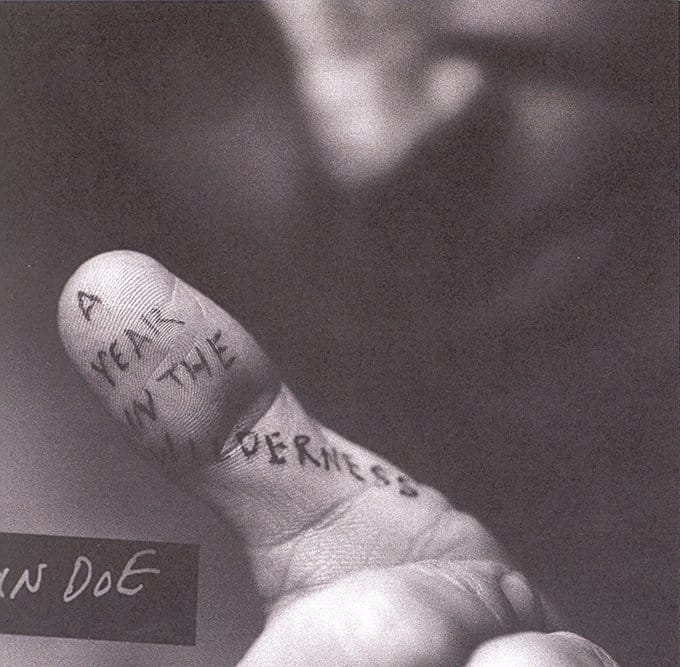 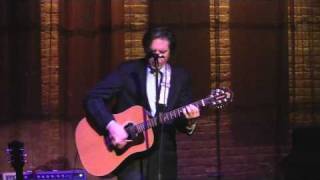 Uncut - p.114
3 stars out of 5 -- "His latest boasts some rattling good tunes, not least 'There's A Hole', with The Black Keys' Dan Auerbach."
Magnet - p.95
"12 superb tracks of Doe teaming up with pals like Blasters guitarist Dave Alvin, Black Keys fretboard ace Dan Auerbach and pedal steel player Greg Leisz..."
CMJ - p.44
"John Doe returns with a fevered collection, ranging from country barn-burners to bashing punk."
No Depression - p.91
"The duet with Edwards on 'The Golden State' shows a mature craftsmanship as a rich and romantic metaphor for Doe's adopted California....There has long been a noirish undercurrent to his music..."

Personnel: John Doe (guitar); Jill Souble, Jill Sobule, Aimee Mann, Kathleen Edwards (vocals); Dan Auerbach (guitar, slide guitar); Dave Way (guitar, piano); Dave Alvin (acoustic guitar); Chris Bruce (electric guitar); Greg Leisz (pedal steel guitar); Jamie Muhoberac (piano, organ); David J. Carpenter (double bass, electric bass); Dave Carpenter (double bass); Bryan Head, Carla Azar (drums).
Audio Mixer: Dave Way.
Recording information: The Way Station.
Photographer: Autumn de Wilde.
While there's no arguing that John Doe is a gifted songwriter and has one of the finest voices in the great state of California, since he made his solo debut with Meet John Doe in 1990 he seems to have been struggling to create a musical identity that's separate from his superb work with X. While it falls several notches short of his best work, A Year in the Wilderness suggests that he's finally been able to create an eclectic but emphatic persona that's all his own. While "The Golden State," Doe's duet with Kathleen Edwards, recalls some of X's more measured and soulful moments (more so than "Darling Underdog," which Doe wrote with his X collaborator Exene Cervenka), most of the rest of the album settles into a groove that suggests blues-infused folk-rock that isn't afraid to get noisy around the edges, aided by the tough, gutsy guitars of Dave Alvin, Dan Auerbach and Chris Bruce. While Doe can and does rock out on A Year in the Wilderness -- most effectively on "Lean out Your Window" and "Hotel Ghost" -- he seems most comfortable easing back on mid-tempo material like "A Little More Time," "Big Moon" and "The Meanest Man in the World," and his rich, soulful vocals and flinty, poetic lyrics which find room for compassion as well as brute realism fit the tunes perfectly. By Doe's own word, most of the songs A Year in the Wilderness were written in the studio under a tight deadline, and while the results sound spontaneous, they don't feel rushed and the album is thankfully short on filler. These songs come across as personal, honest and affecting, but several of them lack the immediate charge of Doe's most celebrated work, and A Year in the Wilderness is an album that seeps in rather than reaching out to grab the listener. Still, this music succeeds admirably on its own terms, and the disc's tone suggests that John Doe is getting his heart and soul on plastic in a way that's sometimes eluded him in the past, and that's both impressive and encouraging. ~ Mark Deming