Get email alerts for Tony Bennett
Currently Out of Stock: We'll get more as soon as possible
Notify Me When Available
Add to Wishlist
Format:  CD
sku:  6WD9D
Our customers love us! 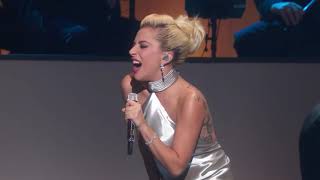 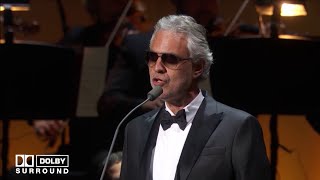 Released in conjunction with an NBC-TV special, 2016's effusively delivered concert album Tony Bennett Celebrates 90 finds vocalist Tony Bennett marking his 90th birthday with an all-star concert at Radio City Music Hall in New York City. A lavish event, the concert showcased Bennett performing a handful of his most famous songs, with the legendary singer joined by a bevy of musical guests including Andrea Bocelli, Michael Bubl‚, Lady Gaga, k.d. lang, Kevin Spacey, Stevie Wonder, and many others. Generally speaking, the album is front-loaded with the guest performances and largely consists of each artist doing a rendition of a popular standard Bennett performed and/or recorded at one point or another. We get Bocelli doing "Ave Maria," lang doing "A Kiss to Build a Dream On," Bubl‚ doing "The Good Life," and more. We also get Elton John delivering a thematically fitting version of his own classic "Can You Feel the Love Tonight." Particularly engaging are Lady Gaga's exuberant renditions of "The Lady Is a Tramp" and "La Vie en Rose." Given her history as a duet partner with Bennett (much like lang), Gaga displays her growing talent as a traditional pop vocalist and proves to be one of the highlights of the evening. Also a highlight is the poignant duet between Bennett and Billy Joel on Joel's "New York State of Mind." Despite the high caliber of the guest performances, the real focus of the concert is saved for the latter half when Bennett himself takes the stage. Although well past the age that most of his contemporaries retired, Bennett remains a magnetic stage performer with a voice that's as robust and nuanced as it was in his prime -- and perhaps even more full of character. Every time Bennett sings, he delivers a veritable master class on how to sing a jazz standard, and this performance is no exception. Here, we get a handful of some of his best-known numbers, including "I Left My Heart in San Francisco," "The Best Is Yet to Come," and more. Ultimately, Tony Bennett Celebrates 90 is a joyful birthday fete to Bennett and a heartfelt tribute to his illustrious career. ~ Matt Collar