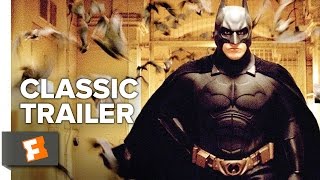 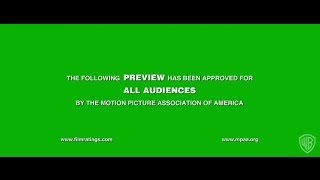 Genius of mystery and intrigue Christopher Nolan (MEMENTO, FOLLOWING, INSOMNIA) helms this prequel to the Batman films based on the DC Comics series, explaining how Bruce Wayne (Christian Bale)--the billionaire prince of Gotham whose parents were killed in an alleyway mugging--transformed into the crime-fighting superhero. With flashbacks to his privileged childhood, young Master Wayne, as he is called by the butler Alfred (Michael Caine), develops a terrible fear of bats when he falls through the backyard garden into a hidden cave. As a young adult, Wayne lives among the League of Shadows, a martial arts group in the mountains of Asia. His leaders Ra's al Ghul (Ken Watanabe) and Henri Ducard (Liam Neeson) teach him strength, endurance, and--unfortunately--evil, against which he naturally rebels. Returning to Gotham and reinstating himself as a dapper socialite and the rightful heir to his parents' enterprise, Wayne quickly devises his secret identity, commanding help from the gadgetry expert Lucius Fox (Morgan Freeman). With one eye on his childhood playmate Rachel (Katie Holmes)--now a beautiful woman and dedicated lawyer--and the other on his mission to save Gotham from criminal corruption, Batman makes his fledgling debut. But when the blue-blooded mastermind Dr. Crane (Cillian Murphy)--who steals every scene with chilling menace--taints the water system with a hallucinatory substance, Batman realizes he has met his first true opponent. An attitude of grave seriousness elevates BATMAN BEGINS above more cartoony Batman movies, as Nolan crafts a dark drama that thrives on sci-fi intrigue. Bale strides into the role with grace, adding refinement that is seldom seen in action-oriented films. And while the action scenes explode with high-tech glitz and fast-moving thrills, they are evenly placed among sequences of plot and character development, making for a complex and satisfying viewing experience.

Batman Begins: Deluxe Edition (Dbl DVD) (Giftset)
Batman Begins explores the origins of the Batman legend and the Dark Knight's emergence as a force for good in Gotham. In the wake of his parents' murder, disillusioned industrial heir Bruce Wayne (Christian Bale) travels the world seeking the means to fight injustice and turn fear against those who prey on the fearful. He returns to Gotham and unveils his alter-ego: Batman, a masked crusader who uses his strength, intellect and an array of high tech deceptions to fight the sinister forces that threaten the city.