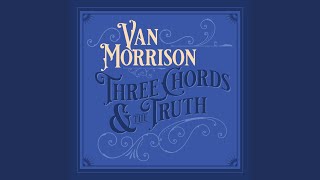 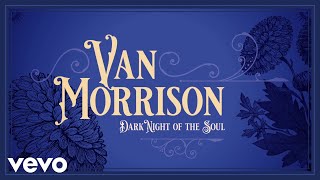 Pitchfork (Website) - "Van Morrison remains one of rock's most enduring studies in contrast, never changing and forever restless....The LP's 14 songs showcase his determination to wring profundity out of even the most common language."

Audio Mixer: Jim Stern.
Recording information: Esplanade Studios, New Orleans; Holy Wood Studio, Co. Down; Musicbox Studios Ltd, Cardiff; The Covent, Stroud; The Hideout Recording Studio, Las Vegas.
Over the past four years, Van Morrison has recorded no less than six albums. Most have been populated with excellent covers of blues, soul, and jazz standards with a smattering of original numbers woven in between. Three Chords and the Truth (titled after Harlan Howard's famous description of country music), is his first collection of all-new original material since 2016's Keep Me Singing. Morrison penned 14 of the 15 songs here. In addition to his road band, he recruited old friend, acoustic jazz guitarist Jay Berliner (who played on Astral Weeks) for some of the sessions. The album's sound is warm, punchy, and immediate, despite being cut in five studios.
Opener "March Winds in February" boasts a punchy upright bassline, bubbling B-3 organ, brushed snares, and traded lead guitar lines between Berliner's acoustic and Dave Keary's electric. It crisscrosses Celtic R&B, gospel, and jazz; it's timeless Morrison. "Fame Will Eat the Soul" is a raw-sounding duet with the Righteous Brothers' Bill Medley, who out-growls the singer. "Dark Night of the Soul" references the metaphorical spirituality and hypnotic musicality that informed his records between 1980's Common One and 1991's Hymns to the Silence. "In Search of Grace" and "Read Between the Lines," with their bumping, jazzy calypso B-3s, find Morrison digging deep into the memorial previous with grooving authority. The cultural indictment in "Nobody in Charge" is fueled by the same vamp that drove "These Dreams of You" so many years ago. When Morrison takes on the jazz-blues in "You Don't Understand," he's supported by a meaty upright bass and a brooding organ. His singing wields the tension and authority of an apocalyptic gospel singer, and the tune purposely contains a direct harmonic nod to Bob Dylan's "Ballad of a Thin Man."
We hear Celtic Soul Brother No. 1 on "Does Love Conquer All," and the skiffle and rockabilly devotee delivering the choogling boogie of "Early Days." Morrison co-wrote the tender balladic waltz "If We Wait for Mountains" with fellow OBE honoree, lyricist Don Black. The title track is an excellent example of fingerpopping, hard-swinging R&B. "Bags Under My Eyes" is a humorous take on the perils of the road, delivered as a honky tonk waltz. "Days Gone By" completely reimagines -- lyrically and musically -- "Auld Lang Syne" by using bits of the original melody in a modern paean to acceptance and aspiration. Given Three Chords and the Truth's 70-minute run time, there's a lot to digest, but it's worth it. Morrison is in excellent voice throughout; his energy is kinetic and his songwriting -- even when he's complaining -- is fresh, humorous, soulful, and insightful. A natural companion to Keep Me Singing, this is Morrison at his best. ~ Thom Jurek

Leonard Cohen
Thanks For The Dance
$12.10 CD Sale
Add to Cart

Mark Knopfler
Down the Road Wherever
$19.98 CD Sale
Add to Cart

44%off
Canned Heat
Let's Work Together: The Best of Canned Heat
$8.98 CD Sale
Add to Cart