This could be magic. 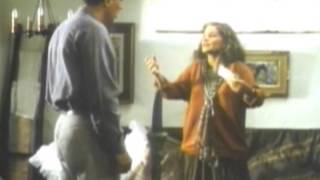 Sante Fe, 1960. An unemployed milkman and his brother-in-law, trying to make ends meet, end up in a gunfight. After fleeing the scene, they end up in Los Angeles, where they become guinea pigs in a cryogenics experiment. After 29 years of being frozen, the two are awoken accidentally and must now attempt to cope with the realities of America in the 1990's and their middle-aged loved ones.

In 1962, Willie Freeman and his brother-in-law Frank Lovegreen stumble into a doctor's office after a near fatal accident; instead of administering traditional medical care, the doctor puts both men in a deep-freeze as part of a cryonics experiment he is conducting. When they awaken in 1991, Willie and Frank decide to return home to Sante Fe and reunite with their families.
But, unlike the men, who did not age while they "slept," their loved ones are now 29 years older and have forged new lives for themselves. Now the two men must convince their families to accept them, and somehow try to fit back into their old world.

68%off
The Replacement Killers
$3.18 Super Savings
Add to Cart