Mary Pickford stars in one of her best films, playing a caretaker of abandoned children at an orphanage run by a heartless old miser. 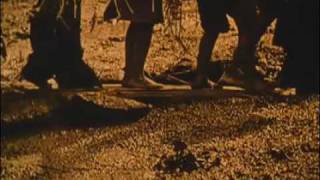 In the southern swamplands stands a rickety farmhouse owned by elderly Mr. Grimes. The wicked old man uses it as an orphanage for unwanted children, who he forces to do manual labor. The eldest, Molly, watches over the others and tries to give them hope. She tells them that God will care for them just as He does for the smallest of sparrows. A pair of crooks arrive at the orphanage with the kidnapped baby of wealthy parents. Grimes agrees to hide the infant from the police until the ransom is delivered. When the kidnapping gets played up in the papers, Grimes becomes nervous and orders the child be drowned in the swamp. Learning of Grimes' plans, a fearful Molly takes the children and leads them on a perilous trek through the swamplands to freedom...hoping that God is listening just as she'd always told her little sparrows...

After the success of Little Annie Rooney (1925), Mary Pickford returned to the "little girl" roles that had made her "America's Sweetheart", despite the fact that she was in her early 30s! Her next picture would be different than the typical Pickford vehicle, however. As film historian William K. Everson once wrote, Sparrows is "a marvelously atmospheric thriller, as close to a horror film as Pickford ever came." Much of that atmosphere came from the massive Gothic farm built on three acres worth of Pickford's studios. The spellbinding sequence in which Mary and the children escape through the swamp is infused with a real air of menace by director William Beaudine. For years, Mary told interviewers that Beaudine had forced her to muddle through alligator-infested waters with a baby strapped to her back. Hindsight shows this not to be true; it's obvious watching the film that the baby strapped to Mary's back is a doll, while cinematographer Hal Mohr stated, "there wasn't an alligator within ten miles of Miss Pickford." Regardless of the validity of her claims, Mary informed Beaudine that he would never again work for a major studio, and she was right: For the rest of his career, the talented director was forced to make B-grade movies like The Ape Man (1943), Bela Lugosi Meets a Brooklyn Gorilla (1952), and Billy the Kid Versus Dracula (1966). As for Mary, she would make only make one more film in the silent era, My Best Girl (1927). She would find the transition to sound difficult, eventually retiring in 1933 at the age of 41.

23%off
The Four Horsemen of the Apocalypse
$6.90 Super Savings
Add to Cart