12K ratings
Currently Out of Stock: We'll get more as soon as possible
Notify Me When Available
Add to Wishlist
Format:  DVD
sku:  6WGQQ
92% recommend us! 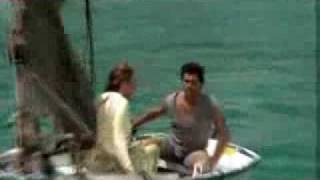 A group of college kids planning a hedonistic camping trip are about to learn there's something in the woods. It's not a witch. It's not a bear. It isn't even a family of mutant cannibal hillbillies. But whatever it is, it's really into physical and mental torture to the point of near-insanity--the point when it's the most fun to let victims loose and hunt them for sport. In this disturbing throwback to 1980s hardcore horror, the only thing left is survival.

When a group of college students gather for their yearly camping excursion in the forests of North Carolina, they plan on a weekend of drinking, partying, and debauchery. What they don't expect is they will soon be fighting for their lives. Because there are terrible people in the woods. Not quite crazed redneck or insane cannibalistic maniac. Not quite a chainsaw-wielding, skin-wearing grampa's boy. This time it's a pair of psychotic siblings, who love to capture and torture their prey. Using physical and psychological torture methods, they bring their victims to the very edge of sanity, then release them back into the wooded area that surrounds their home with only two instincts intact: killing and SURVIVAL.