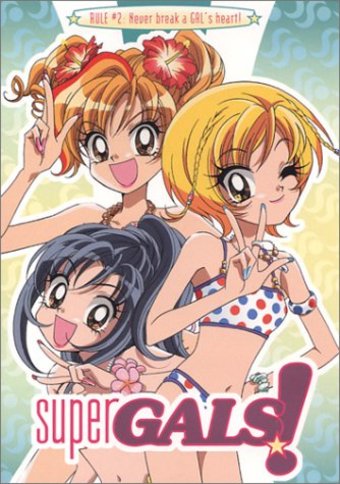 Ran Kotobuki is the leader of a group of high school escapees known as the SuperGALS!, a trio of teenage girls who are super chic and ready for a good time. Though she has been groomed to take after her father and join the police force, Ran is out to enjoy herself with her friends as much as she is to fight crime. In these episodes, Ran and her crew run afoul of some uncouth Bukuro gals who plan to teach them a lesson. Later, Aya and Yuya both have some complicated issues to deal with when both start falling in love.