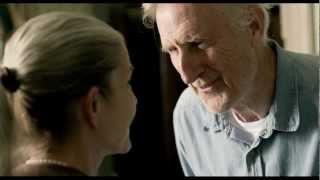 Hollywood Reporter - 01/10/2013
"[T]he movie benefits enormously from the casting of James Cromwell and Genevieve Bujold in the lead roles. Writer-director Michael McGowan's depth of feeling for his characters is clear..."
RogerEbert.com - 07/11/2013
"It thoughtfully and deliberately presents both the pride and perils of aging in a story that recalls the classic Capra-esque battle of wills between an ordinary, principled man vs. the system."
Los Angeles Times - 07/10/2013
"STILL MINE offers a strong and dignified look at growing old while maintaining one's long-held convictions."
Chicago Sun-Times - 07/25/2013
"Affable, folksy and often a salt-of-the-earth type, James Cromwell exudes supreme confidence..."
New York Times - 07/18/2013
"STILL MINE, like Michael Haneke's AMOUR and Sarah Polley's AWAY FROM HER, is an old-age love story told with minimal sentimentality."

An elderly New Brunswick man attempts to build a new home for his ailing wife, and gets caught up in bureaucratic red tape in this tender drama inspired by a true story. The son of a shipbuilder, 89-year-old Craig Morrison (James Cromwell) lives in rural St. Martins with his beloved wife Irene (Geneviève Bujold). Occasionally ornery yet always self-sufficient, the elderly farmer succeeded in keeping his traditional farm afloat even in the era of industrial agriculture. When Irene's memory starts to fade, however, Craig realizes that the large farmhouse they've shared for decades may no longer be suitable for them. Craig may be old, but he's still good with his hands, and before long he's begun construction on a cozy new home where they can spend their twilight years together. From the moment the first walls go up, however, meddlesome government inspector Rick (Jonathan Potts) seems determined to stop construction. Meanwhile, as Craig casually carries on with the project amidst a barrage of stop-work orders, Irene's condition grows progressively worse. If he's going to get the house built, he'll need to do it soon. Subsequently summoned into court for refusing to halt construction, a defiant Craig refuses to back down, even if it means going to jail before the house is finished.