The danger starts when a beautiful brunette hands American Joe Barton some securities for safekeeping. She turns up dead, the securities turn out to be explosive intel and Joe is #1 on the Most Wanted list of both Nazi henchmen and Soviet spies. 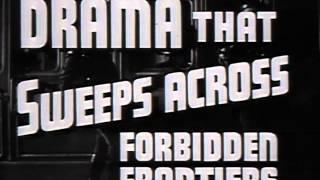 The studio that put Humphrey Bogart in Casablanca also sent fellow film tough guy George Raft to Ankara for a World War II thriller featuring intrigue, romance and Casablanca's Sydney Greenstreet and Peter Lorre. The danger starts when a beautiful brunette hands American Joe Barton (Raft) some securities for safekeeping. The brunette turns up dead, the securities turn out to be explosive intel and Joe is #1 on the Most Wanted list of both Nazi henchmen and Soviet spies. Director Raoul Walsh (High Sierra, White Heat) ratchets up the tension of a gripping screenplay by W. R. Burnett (High Sierra) based on a novel by Eric Ambler, whose other page-turner-to-screen works include Journey into Fear, The Mask of Dimitrios and Topkapi.

Nazis, Soviets and American agent Raft are all after a cache of secret documents in the mysterious back alleys of WWII Turkey. Great, fast-moving spy tale handled expertly by Walsh. Based on Eric Ambler's Uncommon Danger.

Action | Spies | War | Recommended
This product is made-on-demand by the manufacturer using DVD-R recordable media. Almost all DVD players can play DVD-Rs (except for some older models made before 2000) - please consult your owner's manual for formats compatible with your player. These DVD-Rs may not play on all computers or DVD player/recorders. To address this, the manufacturer recommends viewing this product on a DVD player that does not have recording capability.

25%off
Postmark For Danger
$5.95 BLACK FRIDAY
Add to Cart

31%off
A Dangerous Profession
$8.98 BLACK FRIDAY
Add to Cart