Currently Out of Stock: We'll get more as soon as possible
Notify Me When Available
Add to Wishlist
Format:  DVD
sku:  XRI 29809D
91% recommend us! 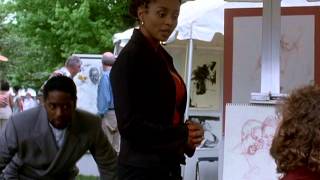 Blair Underwood stars in this thriller as Chance, a photographer troubled by the death of his wife and unborn child in a freak ferris wheel accident. In need of comfort, Chance accepts an offer from his friend Michael to stay with he and his wife Lauren temporarily even though Chance enjoyed a secret affair with Lauren years before. However, after living with the couple a short time, Chance begins to suspect his wife's death was a scheme cooked up by Michael to exact revenge for his friend's adulterous liaison with Lauren. Growing angry, Chance hatches a plan to break up his friend's marriage and take back what was once his.

Asunder
In the gripping tradition of UNFAITHFUL and FATAL ATTRACTION, ASUNDER sizzles with passion, deception, and suspense! When Chance (Blair Underwood -- FULL FRONTAL) loses all that he cherishes in a freak accident, his grief grows into a deadly obsession that begins to rip apart the lives of his closest friends, Michael (Michael Beach -- TV's THIRD WATCH, SOUL FOOD) and Lauren (Debbie Morgan -- TV's CHARMED, PORT CHARLES, THE HURRICANE). Soon, Michael and Lauren are trapped in a living nightmare as Chance continues his descent into madness while desperately plotting to take back what was "stolen" from him! Directed by Tim Reid (ONCE UPON A TIME ... WHEN WE WERE COLORED), ASUNDER is an edge-of-your-seat thriller you don't want to miss!