My Morning Jacket The Waterfall

Rolling Stone: 3.5 stars out of 5 -- "[A] fusion of synth-wrapped Eighties pop, prog-rock and Philly soul that still connects like a heady MMJ record." 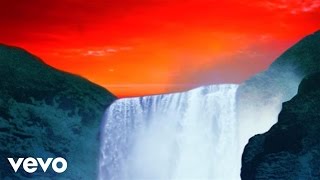 My Morning Jacket - In Its Infancy (The Waterfall) (Visualizer) (Music Video) 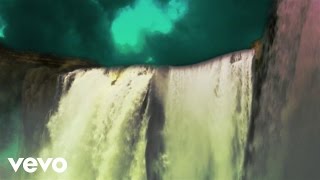 My Morning Jacket - Spring (Among The Living) (Visualizer) (Music Video)

Rolling Stone
3.5 stars out of 5 -- "[A] fusion of synth-wrapped Eighties pop, prog-rock and Philly soul that still connects like a heady MMJ record."
Pitchfork (Website) - "For a record of spiritual and romantic reckoning, it's remarkably level-headed and pragmatic.... It's welcome news for the band's fans..."
Clash (Magazine) - "The album deals with starkly emotional situations such as failed relationships with a poignant, poetic beauty."

Personnel: Anna Fritz, Kyleen King, Patti King (strings, background vocals); Merrill Garbus, Brittany Howard (background vocals).
Audio Mixer: Tucker Martine.
Recording information: Flora Recording And Playback; In Heaven; La La Land; Panoramic House; Removador Fun Ranch.
My Morning Jacket continue to push the boundaries of their multifaceted blend of rock, country, soul, and psychedelia on their seventh studio effort, 2015's The Waterfall. Primarily recorded at the Panoramic House studio in Stinson Beach, California, group leader Jim James told a reporter that the studio environment had a major impact on the music they played there; "Stinson Beach was so psychedelic and focused," James said. "It was almost like we lived on our own little moon out there. It feels like you're up in the sky." Guitarist and singer James and his bandmates -- lead guitarist Carl Broemel, bassist Tom Blankenship, keyboard man Bo Koster, and drummer Patrick Hallahan -- went into the sessions with only rough demos, so that the group could allow songs and arrangements to flow spontaneously during recording, and the result was enough for material for two full albums, with The Waterfall's follow-up already awaiting release in 2016. The Waterfall's selections include "Big Decisions," "Like a River," "Spring (Among the Living)," "Get the Point," "Only Memories Remain," and five others. ~ Mark Deming